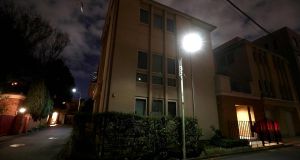 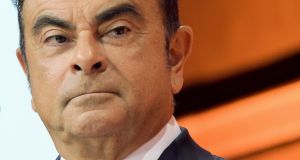 Carlos Ghosn was a business icon in Japan before it all went wrong. Photograph: Eric Piermont/AFP via Getty

Like most compelling romances, Japan’s love affair with Carlos Ghosn played out in three acts. The first was the unlikely pairing of opposites in 1999, when carmaker Renault dispatched Mr Ghosn to Tokyo to recoup a $5 billion (€4.5 billion) bet on struggling Nissan.

The partnership, coupling the Brazilian-born French businessman with Japan’s reticent business culture, might have been a disaster, but it worked – at least for the bosses of both companies. With mass firings and retrenchment, Nissan quickly returned to profit after years in debt.

Initially viewed with suspicion, Ghosn became a business icon in Japan, his reptilian eyes gazing from the covers of countless magazines in which he dispensed advice to a nation grieving for its deflating economy. He regularly came high in a poll that asked Japanese people: “Which celebrity do you want to run the country?”

It’s hard to pinpoint when the romance curdled and act two began. In a culture suspicious of lofty displays of wealth, Ghosn made little secret of his contention that he was relatively undervalued, despite amassing a net worth of about $120 million, according to Bloomberg.

What seems clear is that by the time he was arrested on charges of financial misconduct in November 2018, Nissan’s managers were thoroughly fed up with their imperious chief executive. Shockingly for some, Ghosn was whisked off in handcuffs and plastic slippers to a cramped unheated Tokyo cell for more than 100 days.

The detention brought global scrutiny of Japan’s justice system, and claims that Ghosn was being treated unusually harshly because he was foreign. Yet, many Japanese – though rarely anybody as rich or powerful – have been ensnared by the same system. Nobumasa Yokoo, a former broker at Nomura Securities, was held for 966 days after being arrested in 2012 on charges of financial misconduct.

Ghosn’s epic takedown also birthed several conspiracy theories. Among the more compelling is that Nissan’s management used the Tokyo prosecutor’s office to purge him. A Nissan whistleblower appears to have been the source of claims that Ghosn was under-reporting his income and milking Nissan for amounts that involved up to $80 million.

At the heart of the bitter row was the Nissan-Renault shotgun wedding. Renault took a 43 per cent share of Nissan following its bailout. Nissan’s share in Renault is a mere 15 per cent, yet Nissan pumped more than $3 billion in pretax profits into Renault in 2017.

Ghosn condemned Nissan “backstabbers” for staging a coup to dethrone him and upend a full merger between the two car companies. His shock at how Japan had turned against him was evident.

After his release on bail, he was placed under effective house arrest and banned for months from communicating with his wife. The media yanked him from his pedestal with stories about his rampant greed. When he pledged to tell his side of the story at the Foreign Correspondents’ Club in Tokyo last April, he was arrested again.

Ghosn’s legal team said the defence of their client was being sabotaged. His lawyer, Junichiro Hironaka, complained that prosecutors were withholding thousands of pieces of evidence. In a system that produces guilty verdicts in more than 99 per cent of cases that come to court, Ghosn would almost certainly not walk free.

With the expected trial date looming in April, Ghosn hatched a Houdini-like plan to flee with a group of international supporters. Last week, he was reportedly spirited out of his Tokyo apartment and on to a private jet to Turkey. The operation took the Japanese authorities and Ghosn’s own lawyers by surprise. Hironaka called the escape “inexcusable behaviour”.

As divorces go, it was pretty final. Ghosn is back in his ancestral home of Lebanon, where he grew up and where he retains some of the status he lost in Japan (he has been featured on a postage stamp there and has powerful political friends). Lebanon has no extradition treaty with Japan and has previously sheltered radicals accused of terrorist crimes so it seems unlikely to bundle its rich and famous local hero on to an aircraft back to Tokyo.

By fleeing, Ghosn forfeits bail of more than $13 million but the settlement appears worth it. “I have escaped injustice and political persecution,” he said in a statement released after he landed in Beirut. He says he will speak to reporters next Wednesday in a press conference eagerly awaited for the light it may shed not just on his getaway, but also for his views on a courtship that went so badly wrong.