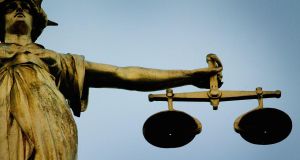 More than 100 members of Element Six’s defined -benefit plan are suing the fund’s trustees for breach of duty. Photograph: Reuters

Multinational Element Six “siphoned off” more than €165 million in assets in the months before it told workers it could no longer contribute to their pension scheme, the High Court heard yesterday.

More than 100 members of the Shannon-based industrial diamond manufacturer’s defined-benefit plan are suing the fund’s trustees for breach of duty arising from the scheme’s closure in December 2011.

The scheme was closed after the company’s actuary, Willis, warned that a funding proposal put in place in 2008, involving a €10.7 million annual payment from Element Six, was no longer adequate, and may have to be increased to €20 million. The company said this was unsustainable.

Transfers
Workers’ senior counsel Paul Sreenan told the court that a report prepared for the trustees by insolvency practitioner Brian McEnery of Horwarth Bastow Charleton found that Element Six “siphoned off” a total of $225 million (€165.8 million) through transfers to other companies in the multinational group.

The first was a $68 million capital contribution to its Luxembourg-based parent on November 11th, 2010, which was made when Element Six was facing a €100 million liability in respect of its pension. The second was a $19 million dividend paid a month later. Mr McEnery’s report argues that intercompany transfers made by Element Six during that time could have been “susceptible to challenge” if the company had been wound up.

The trustees commissioned the report in 2011 to establish how the fund would fare if Element Six were liquidated. The company had warned them that the pension liability threatened to close the plant.

It had offered a final payment of €34 million, which included a €23 million payment in respect of workers who were contributing to the scheme, as a full settlement of its obligations.

Mr Sreenan argued that details of a meeting on June 29th, 2011, attended by the trustees’ chairman, Danny Coady, finance director of one of its companies, and head of treasury Carmel Sexton, showed that Element Six wanted to orchestrate a situation where it would cut its pension liabilities and then wind up the scheme.

The case continues today before Mr Justice Peter Charleton and is expected to run for three weeks.