Ecocem may get planning approval for California plant 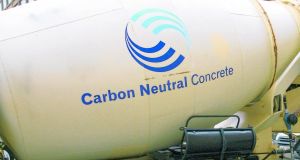 Ecocem’s US subsidiary Orcem Americas is appealing a decision by planning commissioners in Vallejo, California, to refuse it permission to build a grinding mill on the city’s waterfront.

Irish cement manufacturer Ecocem may be allowed go ahead with a proposed €45 million mill in the United States after a local council voted to stall a final decision on its planning application pending the outcome of a report.

Ecocem’s US subsidiary Orcem Americas is appealing a decision by planning commissioners in Vallejo, California, to refuse it permission to build a grinding mill on the city’s waterfront on environmental grounds.

Vallejo city council, which heard the appeal, voted to direct its staff to produce a final environmental impact report on Orcem’s plan. The move allows the council up to January next year to consider the issue and decide on the appeal.

Opponents who attended the council meeting in Vallejo booed the decision following the vote. Local groups who fear the plant’s impact on the environment have been campaigning against the proposal for almost two years.

However, Stephen Bryant, president of Orcem Americas, told local media that the ruling would allow all the facts on the benefits of the company’s plans for the area to come out.

Orcem and Vallejo Marine Terminal, whose application for a deepwater berth to serve the mill was also refused, are appealing the original ruling against the proposals on the grounds that they are subjective and arbitrary.

Ecocem’s US subsidiary wants to build the factory on the site of an old flour mill on Vallejo’s waterfront. It will grind furnace slag from iron smelting, which can then be used as a component in cement.

It intends importing the slag from the far east, hence the need for the deepwater berth. Orcem applied originally in 2015 but met opposition from local groups, particularly those living close to the proposed development.

Ecocem has always maintained that it abided by local planning and environmental laws.

AIB’s mortgages sale, Brexit warnings and wherefore Ulster Bank? 06:30
Career opportunities? The ones that just may knock 05:30
White knights or loan book cannibals – what will happen at Ulster Bank? 05:21
‘Make plans but don’t hold on to them too seriously’ 05:20
AIB revives €1bn-plus problem mortgages sale 05:01
Search executive
jobs on irishtimes.com