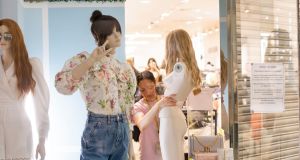 A three-year “recovery fund” to finance infrastructure and worker retraining will be the centrepiece of a package of measures to stimulate the economy, to be presented next month under the programme for government agreed between Fine Gael, Fianna Fáil and the Green Party.

The fund will also include measures to help Irish businesses access credit, including the possibility of the State acting as guarantor for business loans.

The so-called “July stimulus” may also extend the scheme by which the State subsidises the wages of workers affected by coronavirus. It will also include the establishment of a governmental group to co-ordinate State support for SMEs, as well as a new code of conduct for commercial landlords and tenants.

Retailers and other struggling businesses that have called for a moratorium on local authority rates will also be told in July what the State’s approach to collecting the payments will be for the rest of the year.

The July package will also include further business measures such as the establishment of an SME growth taskforce and a promise to “scale up” State business financing agency, Microfinance Ireland. More European Investment Bank funding will also be sought for businesses.

The July stimulus will be followed by a new national economic plan unveiled on the same day as the budget in October. It will include measures for a longer term “jobs-led recovery”.

The October plan will be focused on issues such as flexible working, worker upskilling and help for SMEs when bidding for State contracts. It is also envisaged that more cash will be made available for Enterprise Ireland to invest in SMEs engaged in “clean processes” and energy efficiency.

The October plan will also utilise the recovery fund to stimulate domestic demand in sectors that are able to facilitate extra trade in line with public health guidelines on coronavirus. Retail and hospitality are among the sectors that have called for measures to stimulate consumer demand.

More specific measures outlined in the programme for government include a suggestion that the Government may seek to restrict the practice of companies splitting into separate trading and property companies (so-called opco and propco splits), with the opco going bust while the property assets are secured in a separate propco entity. This was the approach used in the controversial liquidation of Clerys department store.

The programme for Government recognises that retail and hospitality and tourism in particular are worst hit by the virus. It includes a commitment for an effective re-run of the Gathering diaspora tourism initiative on its 10th anniversary in 2023, called the Year of the Invitation.

Flexibility on EU state aid rules will be sought for intervention in the sector, while Ireland will also be promoted as a destination for outdoors tourism, such as walking and cycling.

Business groups broadly welcomed the publication of the agreed programme for government. The Restaurants Association of Ireland welcomed measures such as a jobs stimulus package that may include an extension of State wage subsidies, although it warned of “grave consequences” if the Government did not step up its support for the sector.

The Licensed Vintners Association welcomed the establishment of a taskforce to examine how to develop the “night-time economy”, such as pub trading hours. Chambers Ireland welcomed a promise by the new Government to focus on developing town and village centres.