Top tips for ways in which to improve your cognition 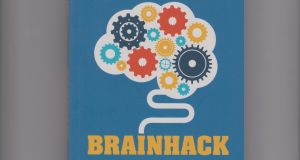 The self-help genre of performance-enhancing books is an increasingly crowded space. Heavyweight academic-style titles compete with flimsy motivational books that stretch thin ideas well beyond the space they deserve.

Neil Pavitt’s book Brainhack bridges this divide. It’s relatively thin and tight editing means it moves along at a cracking pace with tons of good ideas on how to improve your cognitive abilities.

Broken into five parts, it distils accessible psychology into a practical narrative with sections on subjects such as creating a better impression, making a done list, how not to get stressed, list-making and making better memories.

Some of these ideas are incredibly simple. A “done list”, noting what you have achieved, for example, creates positive associations and creates new connections in your brain, making you feel more positive about yourself – clearly more self-affirming than a “to do” list that tends to create anxiety. The author suggests using a high-quality physical rather than digital diary (think Moleskin) and updating it around the same time each day. This builds into a journal of positivity.

Body language is crucial, especially for the person adopting it. Power posing works according to studies. Harvard psychologist Amy Cuddy researched power posing in 2009 after hearing the former FBI agent Joe Navarra describe how police investigators would sometimes make themselves more imposing by using a bigger chair during negotiations. Cuddy’s research proved that if you adopt a “power pose” for two minutes, you get: a 20 per cent increase in testosterone, 25 per cent decrease in the stress hormone cortisol, a 25 per cent increase in the likelihood of risk-taking, and general feelings of greater assertiveness, optimism and abstract thinking ability.

Conversely and contrary to popular opinion, other studies have shown that making small mistakes or being a little clumsy makes you more endearing and likeable, just as long as those mistakes are not critical. Perfection creates distance and gives off an unattractive air of invincibility. However, first impressions matter. A study of 130 restaurants in the UK by Oxford University showed that using high-end cutlery, normally reserved for banquets, resulted in customers willing to pay 15 per cent more for their food, compared to people eating the same meal with lower-quality utensils.

It has been found that people value something more when they own it. An unreferenced study quoted here showed that school students gained as much as a 10 percentage point increase in their scores if their teachers received a bonus at the beginning of the year. The condition was that the teachers would lose the bonus if their students didn’t reach a specified target. There was found to be no gain for students when teachers were offered the bonus at the end of the year.

According to the author, there are many experiments that prove what is known as “the endowment effect”.

There’s good advice too on brainstorming sessions. While they are useful, common problems are that more extrovert characters dominate, early ideas tend to have a disproportionate influence over the direction of the entire session, and participants tend to listen and focus on other people’s ideas rather than their own.

Small groups split into problem- solving teams work better, as does brain writing where participants anonymously write their ideas down and have them stuck up on the wall. It’s really important to be in an environment where you can say what might be perceived as “stupid” things as some of the best ideas can flow from there. The advice is to get people into groups of two to four and then allocate at least a minimum of a whole morning to work on a problem, take a break and revisit the problem at the end of the day.

Pavitt’s book is a refreshing take on this subject and readers should find at least some of the 45 “hacks” presented here to be of practical use.