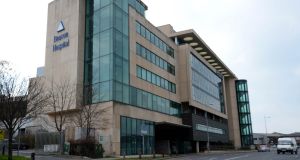 The Beacon Hospital, Sandyford: VHI approached its owners a few months ago about a possible purchase. Photograph: Brenda Fitzsimons

State-owned health insurer VHI is understood to be looking at acquiring or buying into private hospitals in what would represent a major change to its traditional business model.

It is understood the company made approaches a number of months ago about purchasing the 200-bed Beacon Hospital in south Dublin, which is controlled by businessman Denis O’Brien.

Ultimately, this bid did not come to fruition.

Sources said another possible target for VHI could be St Vincent’s Private Hospital, which is part of the overall St Vincent’s Healthcare Group that also operates the publicly funded St Vincent’s University Hospital and St Michael’s Hospital in Dún Laoghaire.

Highly placed sources close to VHI said it had been involved in exploratory discussions over recent months with a number of private hospitals about acquiring or buying a stake in their operations.

The company said it had appointed consultant haematologist and former HSE head of clinical strategy and programmes Dr Barry White to lead a new healthcare unit in VHI “which will be responsible for developing healthcare solutions that will meet the future needs of our customers”.

VHI said it was constantly talking with its providers to explore how it could evolve its offering to meet the current and future healthcare needs of customers. “The demographic profile of the Irish population is continuing to change with increasing demands on both the public and private healthcare system. It is clear that the healthcare system in place now will not meet the needs of the Irish population in the future. This challenge is even more pressing for VHI given the age profile of our customers.

“VHI has a proven track-record in introducing innovative, customer-focused services which address gaps in the Irish healthcare system, bring efficiencies but, most importantly, lead to a better experience for the patient – ie VHI Hospital@home, VHI Medical Centres, VHI Swiftcare Clinics.

“We continue to explore options with a range of partners from across the healthcare system, including hospitals, which would enable us to further expand or add to these services. No specific plans are in place to add additional services at this time.”

VHI said that Dr White would take up his new role with the company in February 2018.

Earlier this year the VHI received clearance from the Competition and Consumer Protection Commission to acquire the 50 per cent of the VHI Swiftcare clinics previously owned by Centric Health.

Since September access to the Swiftcare clinics it operates in Dundrum, Swords and Cork has been restricted to VHI subscribers.

VHI’s most recent financial reports showed showed profits were up 20 per cent last year, mainly due to a “relentless focus” on cost containment.

The financial results for the year ending December 31st, 2016, published in May showed a net surplus of €56.4 million for its consolidated business activities compared with €45.5 million in 2015.

1 Air travel never going ‘back to way it was’
2 Should I switch bank now with Ulster Bank at risk of closing?
3 Will brother’s widow get half of our parents’ estate when they die?
4 Household wealth jumps by 74% since last recession – report
5 Tourism and aviation players demand von der Leyen end EU travel chaos
6 House insurance: save yourself money by reviewing your policy
7 ‘Tax war’ will hit Ireland if digital tax talks fail, OECD says
8 Tánaiste urges businesses to brace for Brexit with 100 days to go
9 Irish insurers in focus as UK cracks down on dual pricing
10 Finance Ireland refinances mortgages with low level of payment breaks
Real news has value SUBSCRIBE