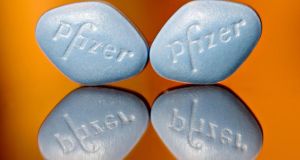 The US group has apparently promised to retain 20 per cent of the enlarged group’s R&D personnel in the UK.

Pfizer’s focus on keeping the British onside as it attempts to end the independent existence of its second-largest pharma group runs the risk of creating problems for the drug giant elsewhere.

The US group has apparently promised to retain 20 per cent of the enlarged group’s R&D personnel in the UK. In addition, it is understood it has agreed not to halt construction of the Anglo-Swedish group’s £330 million global HQ and research centre in Cambridge – expected to employ 2,000 when completed in 2016.

But Pfizer is not known for being backwards when it comes to rationalisation, and will have to look somewhere for syngeries.

That has made governors in two US states – Maryland’s Martin O’Malley and Delaware’s Jack Markell – so nervous they have written to chief executive Ian Read, “expressing deep concerns” about the planned deal, a concern driven, no doubt by the fact that AstraZeneca employs 5,700 people in the two states.

And it is not just in the US that Pfizer is coming under attack. In Sweden, where AstraZeneca still employs just under 6,000 people, enterprise minister Annie Loof noted that no assurances had been given about its future presence.

Prime minister Fredrik Reinfeldt said his country had already had “negative experiences” with Pfizer. Politicians argue it failed to honour promises on jobs following its 2002 acquisition of Pharmacia.

All of which will only increase vigilance in the UK, despite rumblings from the EU that London will not be allowed to stand in the way of a deal. Prime minister David Cameron is under growing pressure over his acceptance of Pfizer assurances on jobs and a continued R&D presence.

Opponents argue that, as with Sweden at the time of the Pharmacia deal, Pfizer’s coimmitments leave altogether too much room for it to renege down the line.

The UK is decidedly sensitive about becoming a backwater in life sciences.