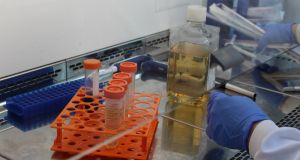 Open Orphan, a European-focussed, rare and orphan drug consulting services platform, informed investors of the deal on Monday, but declined to the name the company. It described it as “one of Europe’s top research-driven pharmaceutical companies”.

“The contract guarantees significant annual revenue with work under the contract to commence this month,” it said.

The contract will see Venn Life Sciences, part of Open Orphan, build upon its strong existing relationship with the German company with a new three-year consultancy for pharmacokinetic analysis.

“This represents a significant extension of the relationship in addition to a continuation of work currently undertaken by Venn providing support in clinical trial data analysis, as well as earlier stage projects,” said the company.

Pharmacokinetics is a branch of pharmacology dedicated to determine the fate of substances administered to the human body. Pharmacokinetics models help pharmaceutical companies to decide upon dosage and potential adverse effects in new drugs under development.

Open Orphan chief executive Cathal Friel said he was building on the partnership with the German company.

“This new contract is further evidence of Open Orphan delivering against one of its key objectives, transforming Venn by transitioning from ad-hoc short-term contracts to long-term contracts with high quality customers thereby delivering secured recurring revenues for the business,” he said.

Open Orphan is the result of Mr Friel reversing his pharma services business of the same name into Dublin-listed drug clinical trials manager Venn Life Sciences last year. Mr Friel said from the outset that he would use the group as a platform for a series of follow-on deals before putting itself up for sale in two to three years’ time.