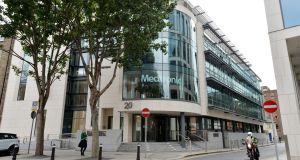 Medical device giant Medtronic remains “completely committed” to Ireland despite the prospect of higher taxes for having its headquarters in the State.

Medtronic moved its corporate headquarters to Ireland in 2015 in after acquiring rival Covidien in a $50 billion corporate inversion – a controversial practice that saw companies move from the United States to reduce their tax bills.

However, tax reforms implemented by US president Donald Trump mean the world’s largest device maker will face higher taxes from next year for its decision to base itself abroad. Medtronic expects its effective tax rate to jump from about 11 per cent at the end of its third quarter to between 16 and 17 per cent next year.

But chief executive Omar Ishrak says he remains happy with its Irish business, which employs about 4,000 people.

“I am pleased with the growth in technical and technological capability in Ireland over the time we have been here,” he said, speaking to The Irish Times.

Medtronic also raised its 2019 forecast for organic revenue growth to 5.25 per cent to 5.5 per cent, but said a strong dollar would impact its full-year revenue by about $425 million to $475 million.

Net income attributable to Medtronic was $1.27 billion, or 94 cents per share, in the quarter ended January 25th, compared with a loss of $1.39 billion, or $1.03 per share, a year earlier, when it recorded a tax-related charge.

The company’s shares were trading 0.2 per cent ahead on the back of the figures at 2:30pm New York time, having been 1.1 per cent stronger after the initial announcement. – Additional reporting Reuters