Company to expand manufacturing facilities, up R&D activities and take on more staff 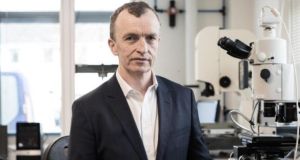 Galway-based medtech and drug delivery company Aerogen has secured a €30 million loan from the European Investment Bank to expand its manufacturing facilities and increase research and development activities.

Aerogen, which currently employs about 150 people, said it also expects to create a further 50 jobs following approval for the loan.

Founded by John Power as Cerus Medical in 1997, Aerogen’s acute care aerosol drug delivery devices are used in 75 countries, with its customers including 80 per cent of hospitals in Ireland and 60 per cent of the top 100 hospitals in the United States. Overall, more than six million acute care patients globally have benefited from Aerogen’s various products.

Aerogen, which has been growing at a rate of 25 per cent over the last 10 years, reported record revenue in 2017 with turnover jumping from €47.2 million to €54.4 million.

The new loan is the first direct lending to a medtech company under the EIB’s €150 million Irish corporate financing initiative. Aerogen said it intended to use the loan to back more than €60 million of new investment by the group.

“This new financing from the EIB that reflects the specific financing needs of growing companies will enable Aerogen to continue to expand and develop next generation treatment,” said Mr Power.

EIB vice president Andrew McDowell said the organisation was keen to work with Ibec and other partners to encourage other Irish companies in the medtech space to apply for financing.

The organisation and Ibec are currently running a series of workshops outlining how the scheme works.

The EIB is the world’s largest international public bank and last year provided nearly €1 billion for infrastructure and private sector investment across Ireland.