Galway Clinic gets orders dismissing action over board decision 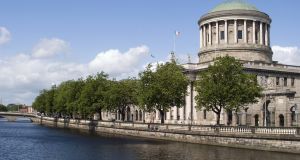 One claim was that a company with which Larry Goodman was allegedly associated had an interest in ensuring Dr Sheehan wouldn’t be able to redeem loans held in Blackrock Hospital Ltd. Photograph: iStock

Galway Clinic, a private hospital, has secured orders dismissing proceedings over a 2017 majority decision by its board to construct a new €17 million medical facility, a development that did not proceed.

At the time of the board decision, BMPL held 25 per cent and Parma held 75 per cent of Marpole. Dr Sheehan claimed to be the beneficial owner of BMPL and the action centred on a June 2004 shareholder agreement relating to Marpole. In a clause concerning “restricted transaction”, it was agreed the companies would not do certain things without prior written consent of both Parma and BMPL, including incurring any borrowings or expenditure exceeding €250,000.

The February 2017 decision to construct a new €17 million medical facility was approved by a majority of board members but opposed by BMPL.

The core claim by BMPL and Dr Sheehan in their action, initiated in March 2017, was that the board decision breached the “restricted transactions” clause of the 2004 agreement.

Other claims included the defendants had conspired against both plaintiffs and that Parma, a company with which businessman Larry Goodman was alleged to be associated, had an interest in ensuring Dr Sheehan would not be in a position to redeem certain loans he held in Blackrock Hospital Ltd.

The defendants denied all the claims and last February initiated a pre-trial application to have the case dismissed on grounds including it was moot or pointless and an abuse of court process. The plaintiffs did not attend and were not represented at the June 25th hearing of the application.

In his judgment on Thursday granting the application, Mr Justice Quinn noted a receiver was appointed in February 2019 over the assets of BMPL, including its shares in Marpole and Parma had concluded an agreement last March to acquire BMPL’s 25 per cent shareholding in Marpole.

Solicitors on record for the plaintiffs had been discharged and Dr Sheehan had informed the defendants and court he had filed for a US Chapter 11 bankruptcy in an Illinois court and was “availing of the automatic worldwide stay associated with that filing”.

On the evidence, the judge said he had concluded it was appropriate to dismiss the plaintiffs’ claims in the proceedings for reasons including, because Parma has acquired BMPL’s shares in Marpole, a court cannot grant an injunction in favour of BMPL to restrain any breach of the 2004 agreement.

The claims were also moot or pointless because the February 2017 decision was never implemented so there was no longer any “live controversy” between the sides. The claims of conspiracy were bound to fail, he also held. He noted, although the defendants deny the February 2017 board decision was in breach of the 2004 agreement, “very limited” submissions were made in this application on whether the decision amounted to a “restricted transaction” which would have required the written consent of BMPL.

“This is not surprising since, on its face, such a decision would appear to be such a transaction,” he said. The defendants’ submissions focused on mootness, legal standing and other matters and the court was satisfied the claims are moot and can confer no benefit on the plaintiffs. Therefore, it would be an abuse of court process to permit any further court time to be dedicated to these proceedings and he would dismiss them.