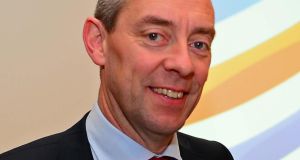 DCC has agreed a deal to sell a generics drug business with operation in Ireland and Britain to Duke Street, a London-based private equity house.

The deal includes British drugs business Kent Pharmaceuticals and an associated Irish manufacturer, Athlone Laboratories. DCC declined to comment on the sale price for the business, which the conglomerate bought in 2013 for about £58 million (€65 million), before integrating it into the DCC Vital arm of its healthcare division.

It is believed that the total number of staff employed across the businesses being sold is about 200: it employed about 300 staff when DCC bought it more than six years ago, according to a presentation to its investors at the time.

“The disposal will sharpen the strategic focus of DCC Vital, allowing it to concentrate on those areas where it has market leading positions and sustainable competitive advantage, in particular in the sales, marketing and distribution of medical products in Britain and Ireland,” said DCC on Monday.

“DCC Vital will also continue to develop its pharma activities in Ireland which encompass a market leadership position in the procurement and sales of exempt medicinal products and agency distribution into the hospital and retail pharmacy segments.”

DCC said it expected the deal to conclude sometime in the third quarter of this year. The transaction will be subject to regulatory clearance.

While Dublin-headquartered, London-listed DCC has been on a major acquisitions spree in recent years, spending £370 million in the year to the end of March, the group is also known to be prepared to quickly offload businesses it has bought if performance doesn’t match expectations.

When it bought Kent, DCC told its investors that the business had annual sales of about £73.3 million and generated ebitda (a standard earnings metric) of £8.7 million. The company is a leading distributor of generic and other medicines to pharmacies and hospitals, and the 2013 acquisition gave DCC greater access to the British market.

The Ballymurray-based Athlone Laboratories unit, a major employer in Roscommon, specialises in the manufacture of antibiotics and is a major supplier of oral antibiotics in Europe. Its products include well-known medicines, such as amoxicillin, which is commonly prescribed for strep throat and ear infections, penicillin and other antibiotics such as Kopen and Trimoptin.

Duke is a prolific acquirer of medium-sized business across Europe across a broad range of sectors.

As well as its interests in healthcare and industrials, it has also previously acquired consumer businesses such as the Asian food chain Wagamama, which it sold last year for £560 million, three times what it paid.