Brexit weighing heavier on Irish consumers than those in UK, says KBC 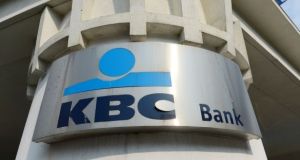 Irish consumers are now more worried about the potential effects of Brexit than consumers in the United Kingdom, an index of consumer attitudes suggests.

The KBC Bank Ireland consumer sentiment index increased marginally in May, which the bank attributed to a “limited measure of relief” from Irish consumers following the postponement of Britain’s exit from the European Union.

The bank said the tiny rise in the index did not, however, suggest that consumer sentiment is “materially better”. And the increase here also lagged the performances of consumer indices in many countries abroad.

“We don’t see any specific domestic reason why the mood of Irish consumers would have lagged behind other countries in May.

“Our sense is that even though the survey period saw Brexit further delayed, concerns about economic consequences of the UK’s looming exit from the EU continue to cast a greater shadow over Irish consumer sentiment than on similar metrics for other countries including the UK.”

While public support for a no-deal Brexit appears to be hardening in the UK, KBC said its research shows there is little appetite for a “get on with it” scenario in this State. The key fear of Irish consumers, the survey suggests, is that Brexit will lead to an increase in inflation, as manifested in shop prices due to tariffs.

About 69 per cent of consumers surveyed said they expected Brexit to lead to higher prices, while just 4 per cent expect lower prices. About 30 per cent believe Brexit will lead to higher housing costs, which may be down to concerns over the impact of an influx of businesses and workers here from the UK.

The survey of 1,000 households used to be carried out for KBC by the Economic and Social Research Institute. The bank said it has now switched to using Core Media for the study.