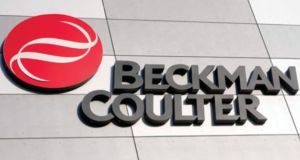 Beckman Coulter is seeking to increase its workforce at its Clare plant.

US bio-medical firm Beckman Coulter has lodged plans to accommodate an additional 105 staff at its Co Clare plant.

The facility is located in a rural part of east Clare 5km to the east of Tulla village and currently employs 315.

Plans lodged with Clare Co Council confirm that the company is seeking to increase the capacity of its current operations of manufacturing reagent kits and introduce the production of a new product on site – strips for testing urine samples.

The total annual salary spend at the plant is currently €17 million generating an average salary of €54,000 which the company states “is well above the average for the scientific and technical service sectors”.

Neither the company nor the IDA has yet to officially announce the new jobs, but in the planning documentation, the company stated the 105 new jobs will be provided by 2020.

The move by the US-headquartered Beckman Coulter to expand its Clare operations follows the closure of its Galway facility in 2015 with the loss of 140 jobs.

The closure resulted in the firm consolidating its operations in Co Clare with 80 Galway workers given the option to redeploy to Clare. The company states that Galway jobs have been relocated to the Clare plant.

On the new extension, the planning documents stated “the proposed development represents a genuinely sustainable business”.

The document stated that the facility “is an important contributor to the rural economy of Co Clare. Nearly 60 per cent of the work force live in Co Clare, injecting millions to the local economy and sustainability of local, rural and urban economies”.

The company stated: “The design team has carried out a lengthy environmental assessment of the developments impacts, steered by Inis Environmental to ensure that it will not have any adverse impact on European Natura sites and their interests.”

The jobs boost for east Clare follows the recent jobs blow at Roche Ireland with the loss of 240 jobs after the firm failed to sell on the plant in the village of Clarecastle.

He said: “Beckman Coulter have been a very good employer in east Clare and have been quietly and constructively going about their work. The firm is a very strong employer and good payers.”