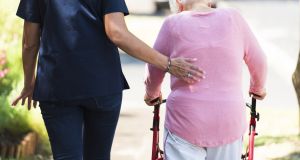 CareChoice operates six care homes across Dublin, Cork and Waterford with about 500 long-term residential care beds. The four new homes will add a further 600 care beds to the group.

Nursing home operator CareChoice has been acquired by French investment fund InfraVia Capital Partners in a deal that will pave the way for a major expansion of the group.

InfraVia is understood to have paid in the region of €70 million for CareChoice, which operates six care homes across Dublin, Cork and Waterford with about 500 long-term residential care beds.

The specialist infrastructure fund is expected to make further investments in CareChoice, which will retain its name.

Four sites in Dublin have already been identified for development in the initial phase of an expansion strategy. The four new homes will add a further 600 care beds to the group.

It may also expand some of its existing nursing homes and acquire others, it said.

This is not the first time that InfraVia has been active in the Irish market. The company previously bought a network of 298 telecoms masts from State forestry agency Coillte.

Paul Kingston will remain as chief executive of the company, which was founded in Cork.

“This is a great development for CareChoice and the residents we are privileged to care for,” said Mr Kingston.

“Having InfraVia as the new owners allows us to significantly expand the business and specifically to address an unmet need for additional high-quality new nursing home beds in the Dublin area.”

CaixaBank and Bankia strike deal to create Spain’s biggest lender 13:39
TikTok to be banned from US app stores from Sunday 12:53
China’s currency on course for best week in 10 months 12:32
Ulster Bank CEO tells staff ‘all options’ on future on the table 12:00
Applegreen’s revenues fall by a quarter but hopes for bounce back next year 11:16

1 Aldi empire wracked by family feud
2 Ulster Bank CEO tells staff ‘all options’ on future on the table
3 TikTok to be banned from US app stores from Sunday
4 Cliff Taylor: What permanently low interest rates mean for you as a saver or borrower
5 NatWest considers closing Ulster Bank in the Republic
6 Dublin-based Fenergo considers $1.5bn listing
7 Gabriel Makhlouf: ‘A full second lockdown would be very serious for the economy’
8 Mark Paul: Government faces dilemma on which businesses to save
9 How Ireland managed to green the White House
10 TikTok weighs plan for up to 5,000 workers in Dublin offices
Real news has value SUBSCRIBE