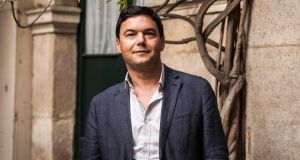 this year’s most controversial books – Thomas Piketty’s Capital in the Twenty-First Century and Michael Lewis’s Flash Boys – will go head to head in an effort to become the Financial Times’s 10th business book of the year. They join a longlist of 16 contenders for the award, backed for the first time in 2014 by McKinsey.

Piketty’s book about rising inequality – published in French in 2013 but eligible for the 2014 prize in its English translation – was criticised by, among others, the FT for data errors but fiercely defended by the author. Lewis has caused a storm with his argument that high-frequency traders rig the equity markets.

Other longlisted books stirring up debate are Hack Attack, Nick Davies’s investigation of the impact of the UK phone-hacking scandal on Rupert Murdoch’s media empire, and The Glass Closet, Lord Browne’s analysis of why lesbian, gay, bisexual and transgender staff still feel compelled to hide their sexuality at work – as the former BP chief did. – Copyright 2014 The Financial Times Limited