The issues and risks explained 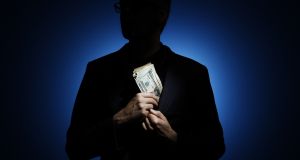 The term shadow banking may have a pejorative tone, suggesting dodgy lending and borrowing practice. But essentially, it’s a catch-all phrase, coined in 2007, for all manner of financial activities that go on outside traditional banks, including investment products, crowdfunding, and even art dealers, such as Sotheby’s, lending to clients buying multimillion euro masterpieces.

Most activities are regulated and have useful – indeed, essential – functions in the modern economy. But they still pose potential risks to financial stability that the Swiss-based FSB and regulators are seeking to understand and monitor. Then, of course, there are activities in the darkest areas of shadow banking that international authorities are only beginning to understand.

So what are the risks?

Almost a third of Ireland’s shadow-banking universe is subject to little or no regulation, although regulators have been making big inroads in recent years to work out what’s going on.

According to the FSB report, Ireland is home to $2.2 trillion of nonbanking financial assets based in funds, special-purpose vehicles and other little-understood entities in the IFSC in Dublin. That equates to almost eight times the size of the Irish economy, as measured by gross domestic product.

Admittedly, only a tiny portion of shadow-banking assets in Ireland relates to the domestic economy. As such, an entity blowing up in the IFSC would cause more reputational damage than direct cost for Irish taxpayers. But the Central Bank, like regulators elsewhere, knows it must take part in the FSB-led global hunt for potential risks to financial stability.