State 'should bail out’ troubled homeowners with mortgage assistance payment 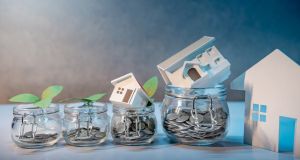 About 86,000 homeowners availed of the mortgage-payment breaks, but by late August about half had returned to normal repayment procedures, with about 43,000 still availing of the relief.

The State should offer financial assistance to homeowners struggling to meet their mortgage as a result of Covid-19, a consumer advocate has said, amid growing pressure on Government to extend mortgage repayment breaks.

Brendan Burgess, founder of askaboutmoney.com, said on Monday that rather than requesting the banks to extend repayment breaks, the Government should instead consider offering a mortgage assistance payment to those in long term difficulty, akin to the Housing Assistance Payment for renters.

The call comes ahead of a meeting on Monday between Government and the chief executives of the main retail banks to discuss a potential industry wide extension of repayment breaks, which are due to come to an end on September 30th.

Introduced back in March, the breaks were initially offered on a three month basis, but were later extended to six months. Originally, some 86,000 homeowners availed of the breaks, but by late August about half had returned to normal repayment procedures, with about 43,000 still availing of the relief.

Brokers Ireland, which represents mortgage brokers, financial and insurance brokers, has called on banks to extend the breaks to offer relief to homeowners.

“Given the tight hold the pandemic is having on consumers and the economy, many mortgage holders are, unfortunately, not going to be in a position to resume full repayments as they had hoped at this stage,” said Rachel McGovern, director of financial services at the industry body.

Not all are in favour however.

Last week, the European Banking Authority said that such breaks should be phased out from the end of this month as planned, and that banks should return to offering relief on a “case-by-case” basis. Similarly, Central Bank governor Gabriel Makhlouf said that it might be now more appropriate to offer such breaks on an individual basis, while Minister for Finance Paschal Donohoe urged banks last week to deal with beleaguered customers “sensitively” but stopped short of asking them to extend breaks further.

Meanwhile, Mr Burgess has also questioned whether or not mortgage breaks are really in the best interests of consumers. He said that while availing of a mortgage break “was an appropriate emergency measure” it should not be extended, as the longer the term, the harder it is to reschedule, and the greater the ultimate financial burden on borrowers.

“While the borrower is paying nothing, interest continues to mount, so the amount owed by the borrower increases,” he said, adding, “Longer payment breaks are not good for customers”.

While Government backed repayment assistance is one option, Mr Burgess said that better alternatives to repayment breaks include switching a mortgage to interest only, “so at least the amount owed stops increasing”; using the Central Bank’s Mortgage Arrears Resolution Process to find “a more appropriate medium or long term solution”; or Government putting pressure on lenders to reduce mortgage rates.

“The average mortgage holder who does not have a tracker is paying € 300 a month more than they would be in another eurozone country,” he said.

Another disadvantage of mortgage breaks outlined by Mr Burgess is that if they are forced to do so, banks may be less likely to lend to potential borrowers and/or will charge higher rates.

1 Basic income for all: Has the Covid crisis given us a new economic model?
2 ‘I don’t need to do any of this. . .I don’t actually need to work.’
3 Only way is up for Stripe as valuation skyrockets
4 A tale of two pandemics for Smurfit Kappa and Greencore
5 Lulu and Nana are the result of a defiant experiment in human gene modification
6 Stay-at-home parents face taxing decision on return to work
7 Brexit stumbling blocks persist as Barnier travels to London
8 Online shoppers face unwelcome tax surprise
9 BOI customers to be charged twice with bank fees on New Year’s Eve
10 Central Bank rules out changes to mortgage rules during pandemic
Real news has value SUBSCRIBE