Positive decision would be welcome as Dublin loses out elsewhere 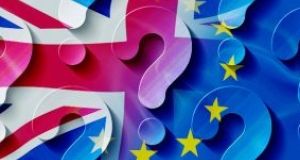 Scottish investment giant Standard Life, which is advancing plans to merge with Aberdeen Asset Management in a £11 billion (€12.9 billion) deal, is weighing turning the group’s Dublin operation into its post-Brexit European Union base.

A spokesman for Standard Life, which has been in Ireland since 1834 and currently employs about 300 people in Dublin, said that the city is one of the options being considered by the group, although no decision has yet been made.

Any such plan would involve turning the Dublin business, which is run as a branch of the UK-authorised company, into a fully fledged subsidiary, regulated by the Central Bank of Ireland.

His comments come after Standard Life’s chairman, Gerry Grimstone, told Bloomberg in an interview in India on Wednesday that the company was looking at making Dublin its new EU hub after the UK leaves the bloc. The company has 500,000 clients across Germany, Ireland and Austria.

While it is not yet clear how many jobs may be added to Standard Life’s Irish operation if it becomes the group’s new EU base, the development will be welcomed by the Government after Dublin lost out on some high-profile insurance opportunities in recent weeks.

Luxembourg beat Dublin early last month to secure the location of US insurance giant AIG’s future EU headquarters from London. Lloyd’s of London last week decided to set up its new EU subsidiary in Brussels, dashing hopes in Dublin, which had been in the running for the site.

Meanwhile, it was reported over the weekend that UK insurer RSA has decided against locating an EU base in Dublin. However, industry sources said that the company was highly unlikely to pick Ireland, as its Irish business continues to be the subject of a Central Bank investigation, stemming from financial irregularities at the firm, which emerged in late 2013.

London-listed RSA injected €423 million into the Irish business between 2013 and 2015 after the once-largest insurer in Ireland was thrown into crisis when it emerged it had a large hole in its balance sheet. This was mainly the result of the operation having been found at the time to have set aside too little money in reserve to cover large claims.

Insurance Ireland, the industry lobbying body, said last week called for an “urgent review” into why Ireland has lost out on some high-profile insurance opportunities as firms plan for Brexit.

The Central Bank’s director of insurance supervision, Sylvia Cronin, said a month ago that the institution had received five insurance authorisation applications since late last year as firms prepare for the fallout from Brexit, and that it expected at least a further five filings. Ms Cronin said at the time the Central Bank had also been contacted by a further 20 insurance entities to discuss authorisation.