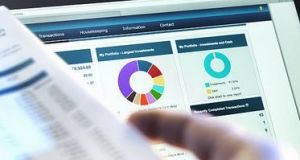 UK-owned investment firms including Quilter Cheviot, Investec and Smith & Williamson are considering changes to their structures in Ireland as they prepare their businesses for the fallout from Brexit.

Quilter Cheviot, which focuses on managing money for private clients, charities, trusts and pension funds, and the investment management arm of Smith & Williamson both operate in Ireland as branches of their UK parents, which are authorised by the Financial Conduct Authority in London.

Industry sources said both companies were weighing setting up fully-fledged subsidiaries in Ireland that would be regulated by the Central Bank of Ireland under the EU’s Markets in Financial Instruments Directive.

This is in the event that the UK not only losses the unfettered right to passport financial services across the EU under Brexit, but also the benefit of regulatory “equivalence”, which would give City of London financial firms privileged, though targeted, market access.

It is understood that the Quilter Cheviot group, which was acquired by FTSE 100 insurance and investment company Old Mutual two years ago in a £585 million (€683m million), may use the Dublin business as a route to continue to access European clients post-Brexit. Quilter Cheviot has a staff of 15 in Dublin, with most of its back-office functions carried out by its UK parent.

Investec may be able to move some of its Irish banking business to the Dublin-authorised wealth management and investment unit. However, the group is said to be debating whether to set up a full banking subsidiary in Ireland, with all the attendant compliance, regulatory and capital costs, or seek authorisation as a branch of a non-EU bank.

While the latter is allowed under an amendment to Central Bank rules in 2013, British-based banks looking at this option in Ireland are currently curtailed by the fact that the country is still a member of the EU.

A spokesman for Quilter Cheviot declined to comment, while representatives from Smith & Williamson, which has a total of about 70 staff in Dublin, including its accountancy, tax and advisory businesses, were not available for comment.

The Quilter Cheviot group’s funds under management stood at £20.7 billion (€24.1bn) at the end of last year, while Smith & Williamson had £18 billion (€21bn) under management. Neither company gives a breakdown for its Irish business.