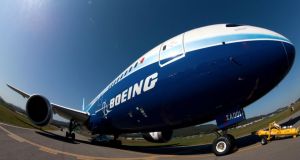 The aircraft leasing firm at the centre one of the biggest deals in Irish corporate history recorded operating profits for last year of $361.8 million (€264.6 million).

SMBC is led by a predominantly Irish executive team and is one of the top commercial lessors worldwide. New figures filed with the Companies Office show that the firm’s 73 staff last year shared a pay bonanza of $38.7 million in salaries – or on average over $530,000 (€387,669) each.

Pre-tax losses of $123.8 million were recorded after exceptional or “break” costs of $321 million relating to the purchase of the firm from RBS and interest payments of $160.7 million.

1 Basic income for all: Has the Covid crisis given us a new economic model?
2 ‘I don’t need to do any of this. . .I don’t actually need to work.’
3 How long can Government afford to keep State pension age at 66?
4 Promontoria barred from pursuing doctor over Ulster Bank loan
5 Online shoppers face unwelcome tax surprise
6 Only way is up for Stripe as valuation skyrockets
7 Brexit stumbling blocks persist as Barnier travels to London
8 We continue to ignore massive pensions elephant in the room
9 Pandemic brings a halt to Zara-owner’s Irish expansion
10 Unilever’s Dutch and British arms merge after 90 years ahead of Brexit
Real news has value SUBSCRIBE