RSA inquiry may cast a shadow over bailout exit

Problems are not on the scale of Quinn difficulties in 2010 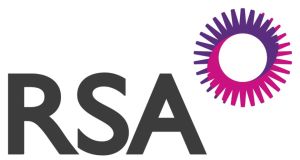 In an interview with the Sunday Times about 14 months ago, Philip Smith, chief executive of insurer RSA Ireland, said: “It’s a privilege to lead this business.”

This followed a strong run that had seen the business rise from being number five in Irish insurance to market leader, helped by a number of acquisitions, the boldest of which was an €83 million purchase in 2010 of online rival 123.ie.

Its premium income is about €500 million annually and it employs close to 1,000 staff.

Yesterday, Mr Smith and two fellow executives were suspended pending the outcome of an investigation into issues in the Irish claims and finance functions, which were identified recently during a routine internal audit.

The details are still a bit sketchy but the issue means the company’s operating profit will be hit by £70 million (€84 million).

Separately, there are issues around the rise in “bodily injury” motor claims. RSA flagged this to the stock market on Tuesday and its concern was sufficient for the UK parent to write a cheque for €100 million yesterday to bolster reserves and boost its solvency ratio to a super-normal level of 228 per cent.

How did it all come to this?

This will only become clear in the weeks and months ahead as the company and the Central Bank of Ireland conduct their investigations.

It’s not clear how long Mr Smith and his fellow executives will have to wait for an outcome to their suspensions.

Being suspended by your employer is never good for the reputation of any executive and they might seek to move matters along via the courts. There are two sides to every story and their version has yet to be aired.

The timing is unfortunate for Ireland Inc. With our exit from the bailout just a month or so away, having another scandal in the financial sector hogging the headlines is not helpful to the Government’s attempts to persuade the outside world that things here have returned to normal.

RSA might not figure on the radar in the same was as Anglo Irish Bank’s collapse of the €64 billion State bailout of the sector, but it’s unhelpful nonetheless.

One thing seems clear. RSA’s difficulties are not on the scale on those that brought Quinn Insurance to the verge of collapse in 2010.

RSA’s Irish business is now well reserved and its UK parent has £9.5 billion in capital to fall back on in a worst-case scenario.

There’s no question of Irish taxpayers or policyholders here having to bail it out, as has happened with Quinn.

Acting chief executive Adrian Brown, who runs RSA’s business in the UK and western Europe, was keen to stress last night that the group is fully committed to its Irish subsidiary.

That might be true as of now but who’s to say it won’t change if the hole that they have found gets bigger? After all, it wasn’t that long ago that Danske Bank was assuring us that it was committed to Irish retail banking.

1 Revenue publishes list of companies tapping State for wage support
2 Grocery shopping app Buymie delivering for Devan Hughes
3 How long can Government afford to keep State pension age at 66?
4 Developers may need to go back to the drawing board as one-beds fall from favour
5 Covid-19 will have a significantly worse impact on UK public finances than on ours
6 Will remote working become the norm?
7 107 jobs at risk as Broderick’s shareholder considers examinership
8 Stripe moves payment processing to Dublin due to Brexit
9 Bake-off soy sauce tweet backfires for UK trade ministry
10 Trump vs Biden: Stakes are high for the Irish economy
Real news has value SUBSCRIBE