Rogue trader Nick Leeson is back in business 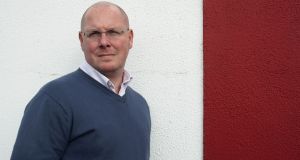 Nick Leeson now lives in Barna, Co Galway, and is a regular public speaker and lecturer.

Nick Leeson, the rogue trader who broke Britain’s Barings Bank with a near-£830 million (€978 million) liability, is back in business offering to mentor anyone interested in playing the markets.

A Singapore court jailed Mr Leeson for fraud after he ran up debts totalling £827 million by January 1995 while running Barings trading operation there, concealing losses in the bank’s error account.

Now, 25 years after he initially fled Singapore following his disastrous final transactions, he is back showing his own personal trading performance and offering insights into the markets through a website, Bull & Bear Capital.

The website offers a members’ only group where people can see Mr Leeson’s live trades and daily market updates.

“Copy the rogue if you dare, or just follow along and learn how Nick Leeson’s trading brain works,” it says.

It also offers “one-to-one mentoring with the rogue himself”. This allows people to question Mr Leeson directly about his trades and market views as well seeking his aid with their own strategies.

A sample shot of his trades on social media shows him trading gold and investments tied to movements in the New York Stock Exchange’s Dow Jones index for various returns.

Mr Leeson now lives in Barna, Co Galway, and is a regular public speaker and lecturer. He is a reformed character and frequently comments on market regulation. He also runs his own website and social media accounts.