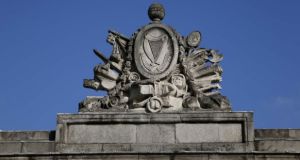 The Revenue Commissioners have asked the High Court to reverse a decision that an international financial securities trading group in Dublin’s IFSC was entitled to millions in tax relief on €46.6 million losses within the Irish members of the group.

For the three tax years 2010 to 2012, SIG surrendered losses to the SIS company in which SIS sought to set those losses against profits for tax purposes. The total amount of losses involved was €46.6 million.

In April last year, a tax appeals commissioner determined that SIH, the Delaware-based holding company, was tax resident in the US for the purposive interpretation of the relevant double taxation treaty with America. The Irish companies were therefore entitled to avail of group relief under our taxation law, the commissioner said.

Revenue appealed that determination to the High Court which on Tuesday began remotely before Mr Justice O’Moore.

The court has heard the underlying value of the tax claims to the SA and SIC companies, on the basis of a 12.5 per cent corporate tax rate for trading companies, was originally €5.8 million but also affected on a more long-term basis the ability of the Irish group to avail of group reliefs.

Aoife Goodman SC, for Revenue, said while the case originally related to the three years, her client had withdrawn in relation to the last year, 2012, because legislation changed that year.

Among her submissions, Ms Goodman said Revenue does not accept the appeal commissioner’s finding that the Delaware company was a parent company because it was not what we regard as a corporate company, but rather it had some characteristics of a corporate firm and of a partnership.

If the Delaware firm was functioning as a US corporation, Revenue would recognise it had a claim for tax relief under a combination of our domestic law and the Ireland-US treaty which provides for non-discrimination in tax treatment, she said.

Paul Sreenan SC, for the Irish companies, said the issue of whether SIH Delaware was a body corporate had already been conceded by Revenue because it had withdrawn its claim in relation to the year 2012.

Counsel said the appeal commissioner “got it right” and the decision should be allowed to stand. He also said it was discriminatory and in breach of the treaty because the Irish firms were not subsidiaries of an Irish parent.