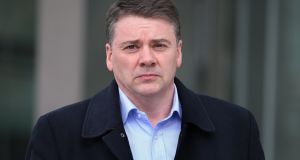 Pat Whelan pleaded guilty to failing to maintain a register in accordance with section 44(1) of the Companies Act, 1990. Photograph: PA Wire 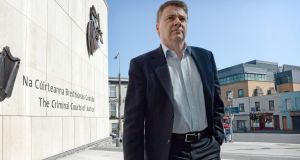 A former director of Anglo Irish Bank has pleaded guilty to failing to maintain a register related to a loan extended to another director of the bank.

Pat Whelan (54) was a director of lending with the bank when the company failed to maintain a register in respect of the granting of a loan of €8,426,307 on particular terms to Willie McAteer.

On Monday last the bank’s former director of finance, Mr McAteer (66) of Greenrath, Tipperary Town, Tipperary, admitted obtaining the €8 million from Anglo on September 29th, 2008 which he secured against his shares in the bank. According to the indictment he then used the money to pay off a personal loan he obtained from Bank of Ireland.

On Wednesday at Dublin Circuit Criminal Court, Mr Whelan from Coast Road, Malahide, Co Dublin pleaded guilty to failing to maintain a register in accordance with section 44(1) of the Companies Act, 1990.

Judge Melanie Greally allowed Mr Whelan to remain on bail with the consent of the prosecution and set a sentence date for January 12th, 2017. She also urged caution in the reporting of the matter in the media.

The charge against Mr McAteer states that “in breach of section 297 of the Companies Act, 1963, that you, on 29th September, 2008, were knowingly a party to the carrying on of the business of a company, for a fraudulent purpose, the granting of Anglo Irish Bank Corp plc of a loan to yourself in the amount of €8,426,307 secured only upon your shares in Anglo Irish Bank Corp plc so that you could discharge a loan to Bank of Ireland in that amount you were personally liable”.