Over 2,000 offshore firms set up from home in Ranelagh, Dublin 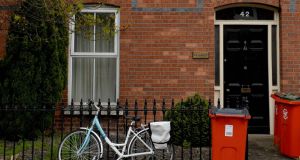 Philip Burwell, the Dublin-based company formations agent and a prolific creator of offshore companies, says he has set up “give or take” 2,000 companies for customers over his 30 years in the offshore business.

From Burwell’s red-brick terraced house on Chelmsford Road in Ranelagh, he has set up offshore firms, some of which are alleged to have been used in a variety of criminal activities, stretching around the globe.

Companies incorporated from his office in Dublin have been linked to a Kazakh billionaire accused of raiding a bank of $5 billion, a sham vaccine contract with Ukraine’s ministry of health ministry and the owner of a cargo ship containing arms hijacked by Somali pirates in 2007 that was heading for Sudan, which was then subject to an arms embargo.

Burwell’s name appears on hundreds of offshore company documents in the cache of records obtained by the Washington DC-based International Consortium of Investigative Journalists. He set up many offshore companies for a customer called International Offshore Services Group (IOS), which crops up in many of the records.

Nominee directors
While Burwell, who also goes under the Irish version of his name Boireil, sets up the companies, he said he has no responsibility for the nominee directors or activities of the firms after they are incorporated.

Neither is there any obligation on him personally to check if one of his customers has declared an interest or profits from the companies he sets up to the relevant tax authority in their home country.

He draws a parallel with a gun shop in Texas – while the owner of the shop legally sells a gun to a customer, they are not responsible for what that customer does with the gun.

He offers only his services as a director to clients whom he knows personally, he said.

“I do not deny that I set up some companies for IOS Group and for other agents in eastern Europe which were subsequently involved in criminal activities or other scandals, but I did not provide the directors or operate these companies,” he said.

“And of course I did not know what the companies were doing and regret that companies which I set up have been involved in such activities.”

He started off in the offshore business in the early 1980s selling property in Costa Rica, Portugal and Spain among other countries.

When he started, upmarket resort properties were held by offshore firms. When a property was sold, it was through the sale of the shares in the company – rather than a change of ownership of the property itself – to avoid the payment of capital gains tax. This loophole was later closed in Europe.

He subsequently moved from selling resort properties to selling companies to customers as he believed this was a “better business”. After relocating to Dublin from Portugal in 1994, he started selling Irish non-resident companies until, again, this was abolished in 1999 . Then he concentrated on selling offshore companies.

Burwell says that many corporate agents in pre-Soviet eastern Europe took advantage of liberal company laws in countries in western Europe, particularly in the UK, and did not fully understand that their activities might be in breach of various company laws.

“I have come across agents and nominee directors from that area who cannot properly read company documents in English so [they] of course have little understanding of actual company law,” he said.

Nobody in his business expected the volume of corrupt or illegal activities involving customers from Russia and Ukraine over the past 10 years, he said.

“Nobody, either in the tax or corporate services industry or in any official authority, spotted this trend until it was too late,” he said.

Burwell said that Department of Justice officials recently visited him to inspect his files as he must be authorised under anti-money laundering regulations to carry out trust and company services. He passed the check and continues to set up offshore companies for customers from his Chelmsford Road office in Ranelagh.

“I set up offshore companies, that is my business,” he said.