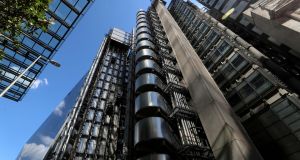 Lloyd’s is to set up a bullying and harassment hotline as part of a series of measures to try to change the work culture and prevent bad behaviour. Photograph: Simon Dawson/Reuters

People under the influence of alcohol or illegal drugs will be barred from entering Lloyd’s of London under a “modernised” code of conduct to be introduced this week following sexual harassment claims at the 331-year-old insurance market.

The new code will spell out the ban and warn staff of Lloyd’s and employees of other companies operating in the building that their passes may be confiscated if they behave badly, according to a person close to the group.

Lloyd’s will also set up a bullying and harassment hotline as part of a series of measures to try to change the work culture and prevent bad behaviour.

The on-site bar will also be changed into a coffee shop, two years after Lloyd’s forbade its staff from drinking between 9am and 5pm. The latest moves were first reported by the Sunday Telegraph.

The changes come after complaints from women of sexual harassment in and around Lloyd’s of London, where hundreds of brokers and insurers meet to do business.

A Bloomberg story in March said 18 women who have worked in the market “described an atmosphere of near-persistent harassment”, including one who said she was attacked by a senior manager in a pub nearby.

John Neal, who took over as chief executive in October, last month said he had written to companies that operate at Lloyd’s to ask how they are dealing with problems including sexual harassment, drugs and alcohol.

He said at that time he was pushing for cultural change. “We are trying to change the way we think and act . . . it is important that we stamp out inappropriate behaviour,” he said.

The group also threatened to ban for life anyone found to be responsible for sexual harassment.

Lloyd’s only allowed women to conduct business in its underwriting room in 1973. From 2014 to 2018 the organisation had its first female chief executive, Inga Beale, but it remains a male-dominated institution. – Copyright The Financial Times Limited 2019