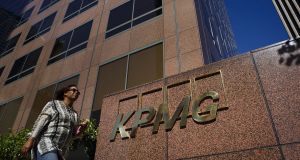 KPMG has drawn up plans to save £100 million in costs in a profit-boosting exercise codenamed “Project Zebra”.

The Big Four accounting firm has started stripping out expenses from its UK business ahead of its 2019 financial results, which will be published in December.

KPMG told the Financial Times that it was “resetting its cost base across the firm”. The savings could increase its UK profits by almost a third.

One insider close to Project Zebra said that about 150 cost-cutting measures were being considered, adding to initiatives already under way that include recalling hundreds of employees’ corporate mobile phones and making about a third of its 630 personal assistants redundant.

The person said the project had been commissioned by KPMG’s leadership and drawn up by a restructuring partner who specialises in advising the firm’s clients on “zero-based budgeting”, a means of stripping out costs whose initials are the basis for the code name.

KPMG’s own website advertising zero-based budgeting says it requires “getting leadership to rethink their business through the eyes of an external investor”, and that clients should “remove emotion” from their decision-making on cost savings.

The company said it was pursuing the cost-cutting drive to help fund a £200 million investment in its audit business over two and a half years, the bulk of which will be spent on hiring and new technology.

It has hired 800 qualified auditors and 1,000 graduates this year in the practice’s biggest-ever recruitment drive ahead of expected regulatory reforms to the sector.

“We have analysed every aspect of our firm to look for efficiencies,” the company said. “It is normal for that to result in a range of potential measures for consideration. It would not be appropriate to comment further on the detail.”

KPMG, whose UK turnover was £2.3 billion last year, is trying to salvage its reputation after the collapse of Carillion, the government outsourcer it audited for 19 years, and scandals in America and South Africa.

As part of the profits drive, Mr Michael sold KPMG’s headquarters in Canary Wharf for £400m during his first year in charge. Partners with more than five years’ service were each given £45,000 from the sale and will receive another £45,000 on retirement, according to a former partner.

Mr Michael briefed KPMG’s UK partners on the firm’s latest revenue and profit figures on Friday. A person with knowledge of the matter said average pay per partner was expected to fall almost 10 per cent to about £550,000. A letter from Mr Michael to KPMG partners, seen by the Financial Times, said it was a “time of extraordinary change for our business”.

Mr Michael said: “These are major challenges and addressing them requires courage, focus and significant resources. But I believe any firm that is not readying itself for a very different future is putting its future at risk...Inevitably, change on this scale and at this pace has had a short-term commercial impact.”

The changes include the investment in its audit practice and a decision to stop providing any consulting work to audit clients. – Copyright The Financial Times Limited 2019