JP Morgan and Bank of America shares rise on upgrade 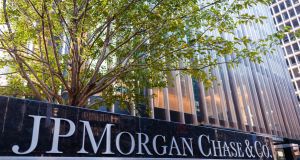 Shares of JP Morgan Chase and Bank of America climbed early on Thursday after Deutsche Bank upgraded both, saying bank stock performance is about to get better after lagging amid pandemic-induced revenue concerns due to low interest rates and weak loan growth, along with credit worries.

“At this point, a further meaningful lag seems unlikely and there’s an argument to be made that bank stocks should catch up a bit versus the broader market,” analyst Matt O’Connor wrote in a note. He raised both stocks to buy from hold, citing a more-than 40 per cent gap so far this year between banks and the broader market.

His positive view on bank stocks also “reflects more confidence in a continued macro recovery”, Mr O’Connor said. He added that there’s a “good chance” the bulk of banks’ loan loss reserve building is done, and noted capital markets and mortgage revenue are both strong, while fees from service charges, card income and investment and brokerage continue to rebound.

In a separate note, Citigroup analyst Keith Horowitz wrote that he came away from an investor call with BofA chief executive Brian Moynihan “more upbeat about the broader macro outlook with respect to BofA’s business model and credit quality outlook.”

1 How long can Government afford to keep State pension age at 66?
2 How much will a Covid-19 vaccine cost?
3 Guinness brings out a non-alcoholic version of the black stuff
4 An Post letter business collapsing under Covid-19 - CWU
5 How on earth do we the calculate the cost of Level 5 for the Irish economy?
6 Donohoe said delay to local property tax reform was ‘untenable’ before deferring it
7 Goldman Sachs to pay record $2.3bn foreign bribery penalty in the US
8 Sherry FitzGerald aims for bigger share of broker market
9 Barclays to use Dublin to build European private banking business
10 Cases against bank officials blocked
Real news has value SUBSCRIBE