Italian reinsurer sets up in Dublin 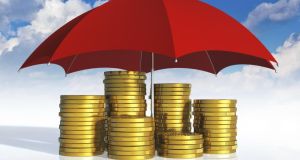 UnipolSai Assicurazioni has launched a Dublin based reinsurer, the first move outside of Italy for one of Europe’s largest non-life insurance groups.

UnipolSai Assicurazioni has launched a Dublin based reinsurer, the first move outside of Italy for one of Europe’s largest non-life insurance groups, as it seeks to pursue opportunities arising from Solvency II.

UnipolRe, with assets of more than € 500 million, will target property/casualty business in continental Europe, focusing on small and medium-sized insurance companies throughout continental Europe for a number of risks including third party liability business.

The office is UnipolSai Assicurazioni’s first venture into reinsurance and the first time it has launched its brand outside its home market of Italy. The company said that the move is driven by the positive effect diversification has on capital efficiency under Solvency II.

Marc Guy Victor Sordoni, the chief executive officer of UnipolRe, said the move is a “historic moment” for the company.

“ It was an important decision for the group to make this move but thanks to the relevant current market share in Italy combined with the incentives Solvency II provides, it is made it a natural one,” he said.