Lack of data on the market a barrier to new entrants, says State’s consumer watchdog 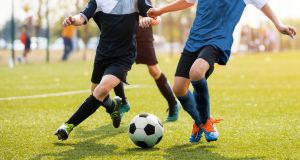 Community and sports groups, leisure companies and childcare facilities have been among the worst affected in recent years by soaring public liability coverage costs. Photograph: iStock

Public liability insurance premiums have jumped by an average of between 15 and 20 per cent in the past three years, with a lack of data on the market serving as a barrier to new entrants, according to the State’s consumer watchdog.

The Competition and Consumer Protection Commission (CCPC), which was tasked by the government in July last year to look into the area of public insurance, said in a report that a lack of independent, public data on the insurance market, as well as a lack of open access to claims history information, may be acting as barriers to market entry.

Community and sports groups, leisure companies and childcare facilities have been among the worst affected in recent years by soaring public liability coverage costs and the exit of a number of overseas-based providers from the market. This form of insurance is used by firms, public bodies, and not-for-profit organisations to protect themselves from potential liability for damage or injury to members of the public arising from their business activities.

The report recommends that customers be supported by the State to better engage with the market, including assisting organisations lower their risk profiles; an “international outreach programme” would encourage new entrants into the market.

It also recommends that the role and remit of the Personal Injuries Assessment Board (PIAB) should be enhanced to provide a more stable and lower cost claims environment, something that the Government committed to earlier this month as part of its efforts to bring down motor insurance costs.

“Premium increases and availability of public liability insurance have been the focus of significant concern among businesses, community groups, sports organisations and voluntary associations across Ireland in recent years,” said Isolde Goggin, chairperson of the CCPC.

“Our market study found that high percentage premium increases for public liability insurance are an issue across all sectors of the economy. While this finding is neither new nor surprising, the CCPC has been able to quantify the extent of the issue.”

The Central Bank, which has compiled and published detailed data on the motor insurance market in the past two years, began to collect information on the public liability and employers’ liability market in recent months with an aim of starting to publish annual reports on these segments of the market from the first half of 2021.

The CCPC recommends that the Central Bank publish reports to contain information at insurer level.

It also said that the Insurance Link database, where data is under the control of Insurance Ireland for data protection purposes and which is used to help identify possible fraudulent claims, should be available to all insurers in the market and managed by an independent body.

The European Commission launched a formal investigation into whether Insurance Ireland is operating a cartel by restricting access to the database. The insurance body has repeatedly insisted it has not breached competition laws and that access to the database was not exclusively available or dependent upon member of the organisation.