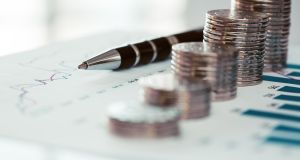 Financial services firm IFG expects a slow down in client recruitment at its Saunderson House division due to recent indecisiveness surrounding the sale of that unit, it said in a trading update.

In advance of its annual general meeting due to be held on Wednesday, the Dublin-headquartered but UK-focused company flagged that the mooted sale of Saunderson House caused some existing clients to defer making investments, although hasn’t had a material effect on new client wins to date.

“We may see some knock-on impact in the coming months as the creation of new client pipeline is likely to have been affected to some extent,” it added.

Despite a number of offers, it decided against proceeding with a sale and said it was now focused on developing Saunderson House.

That unit, the smaller of the two owned by IFG, did increase the number of people it serves by 9.8 per cent in the first quarter compared to the same period last year. Assets under advice increased 8 per cent to £5.1 billion.

In its other unit, James Hay, client numbers increased 3.3 per cent to 59,000 while assets under administration increased 9.1 per cent to £25.4 billion.

James Hay delivered “significantly improved revenues and profits” in the period on the back of repricing, which increased fee income, along with the Bank of England’s increased interest rates.

IFG, which provides a range of financial solutions including full platform services, pensions’ administration and independent financial advice, announced a new leadership team in April which is undertaking a review of the group - expected to result in higher group costs this year.

This trading update is one of a number issued by the company so far this year, as legacy issues continue to be addressed.

In particular, IFG is in the midst of an investigation by the UK’s HM Revenue and Customs (HMRC) into an investment known as Elysian Fuels.