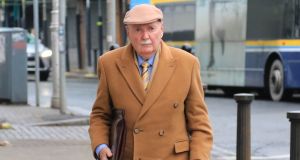 Irish Nationwide executives and management did not have enough information to run the lender’s business properly before the financial crisis, an inquiry heard on Wednesday.

Darragh Daly, Irish Nationwide’s head of credit risk at the time, told the Central Bank’s inquiry into the actions of the society’s ex-managing director, Michael Fingleton, and three others, that there was a general lack of understanding of risk ahead of the crash in 2008.

Asked by Mr Fingleton, who is representing himself, if Irish Nationwide executives and lenders had enough information to manage the business, Mr Daly responded “no”.

“Looking back at it from this point I do not believe we had sufficient information at the time,” he said.

“From my perspective, there was too much focus, and I would have been as guilty of this myself, on lending and there was not sufficient support for that lending once it was drawn down,” Mr Daly added.

He explained that he did not believe there was enough effort put into managing the building society’s loans.

Mr Fingleton was cross-examining Mr Daly who earlier told the inquiry that he did not recall Irish Nationwide’s credit committee ever reviewing commercial loans that were in arrears.

The inquiry is scrutinising claims that at least some of the four men failed to ensure that commercial loans applications were processed and approved correctly.

The Central Bank also alleges that they failed to ensure that commercial lending was monitored in line with internal practices.

Mr Fingleton led Irish Nationwide from 1971 until its demise in 2009. He maintains that the lender was a victim of the financial collapse that hit all Irish banks.

During his questioning of Mr Daly, Mr Fingleton noted that in the wake of the crash, Ulster Bank’s loan losses worked out at €19 billion, Bank of Ireland’s at €5 billion and AIB’s at €21 billion.

Earlier, Mr Daly told the inquiry that there were often administrative problems with getting up-to-date information on the performance of loans.

This occurred particularly where loans fell into arrears and the building society’s lenders agreed to extend repayment dates or other measures to facilitate borrowers.

He remarked there was often a focus on trying to bring this detail up to date ahead of the bank publishing annual reports.

Mr Daly served as Irish Nationwide’s home loans manager and then as head of its credit risk department. In that role, he said that he mainly reported to Mr Fingleton, most often via Mr Purcell.

“There would have been interactions with Mr Fingleton in relation to cases where Mr Fingleton might have been more familiar with the particulars of certain loans than the lenders were,” he said.

Irish Nationwide’s former chairman Michael Walsh last week agreed to pay the inquiry a €20,000 fine and was disqualified for working for any regulated financial services company for three years.