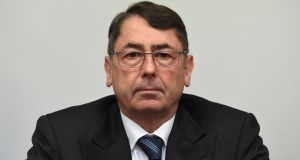 A decade after the multi-billion bailout of Hypo Real Estate (HRE) and its Dublin subsidiary Depfa, the court case against leading managers has collapsed with a whimper and small-change fines.

The two men denied claims they finessed the Munich property lender’s accounts before its 2008 bailout, just one year after HRE took over Depfa.

The main reason for ending the case, according to reports, were delays involving a final expert report and in hearing testimony of witnesses from outside Germany. By the time the report was produced and testimony concluded, the charges against the men would have fallen outside the 10-year statute of limitations.

The HRE group originated in 2003 from the property business of the HypoVereinsbank and, five years later, was Germany’s third-largest lender five years later with a book value of €400 billion.

When the financial crisis hit, few Germans had heard of the bank that required a multi-billion bailout. The institution was later nationalised, shareholders squeezed out and non-performing loans transferred to a bad bank.

Prosecutors believe the managers were aware of grave problems in the bank as early as the summer of 2007, but went went ahead with their takeover of Depfa. Growing uncertainty on financial markets meant that the Dublin bank was itself on the brink of a liquidity collapse.

Mr Funke fought the charges, and a looming three-year prison sentence, by claiming HRE was financially sound before the crisis struck.

Its post-Lehman liquidity gap could have been addressed, he argued, by a discreet €15 billion loan from other banks.

Instead Mr Funke he claimed his bank’s rescue was turned into a public spectacle with him the banking crisis scapegoat.

The Munich bank’s takeover of the Dublin-based Depfa in 2007 meant that the Irish taxpayer dodged the bailout bullet a year later when disaster struck.

In the intervening decade, the volume of the German taxpayers’ HRE guarantee has risen to €183 billion, with further costs likely as its bad bank is wound up.