How to get vulture funds to pay tax 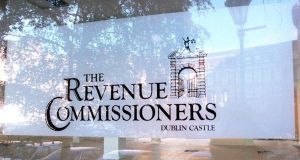 The Revenue Commissioners, the Department of Finance and the charities regulator are looking at the use of section 110 of the 1997 Finance Act by special-purpose vehicles. Photograph: Joe St Leger

It is the classic Irish tax battle. On one side stands the Irish business lobby saying nothing can be changed because it might damage inward investment. On the other is the political clamour that “something must be done” because a tax break is being used in a way that was never intended.

The issue this time is section 110 of the 1997 Finance Act, a piece of legislation well known in legal and tax circles but little discussed anywhere else.

It is widely used in the funds industry and in aircraft leasing. Now it emerges that it is being used by vulture funds to avoid paying tax on profits made on the sale of Irish assets.

The losses emerging from our banking system are a sore point at the best of times, but the fact that vulture funds have bought property assets at a knock-down price from the National Asset Management Agency and the banks, sold them on and used Irish tax law to avoid paying tax on the profits was always going to be controversial.

In the past, the business lobby has often won the day, albeit that various legal tax dodges have been slowly closed off over the years. But this time the politics makes it interesting.

We have a minority administration that depends on Fianna Fáil and Independents to get its budget through. And, pushed on RTÉ’s Prime Time on Thursday, Fianna Fáil’s Michael McGrath said he would find it hard to support a Finance Bill that did not deal with any such abuses.

And so, just as the TDs head away on their holidays, another landmine has been placed for the autumn.

Section 110 allows special companies – so-called special-purpose vehicles or SPVs – to be created to “own” assets. Companies can transfer assets into these vehicles for a number of reasons. It allows them to separate these assets from their main operations and raise funds from investors in return, for example. Any profits would flow back to the bank, but would be taxed either via its corporate profits or through tax on dividends to investors.

This was common practice when Irish banks were securitising – or selling off – assets, such as parts of their mortgage books. Investors could buy a share of this portfolio of loans, without any investment exposure to the bank that ultimately owned them.

It has been even more widely used in the financing industry, where International Financial Services Centre companies are involved in the movement billions of euro on behalf of overseas companies and money managers. It creates a vehicle for the funds to be managed and housed in Ireland and for the profits to flow back, largely untaxed, to their ultimate owners. Ultimately this income may be taxable in another jurisdiction, but we don’t know when this happens and when it does not.

A whole industry in the IFSC has been based on fund management – often using this structure – which is widely marketed by Irish accountants and lawyers. To those who use it, Ireland is an attractive location, as we are not a “tax haven”, yet SPVs can operate in a largely “ tax neutral” way, to use the jargon, meaning they pay little tax.

The so-called vulture funds have used the section 110 structure to, effectively, wash the profits out of Ireland tax free. The assets are owned by SPVs, using the 1997 legislation. These are loaned money by the parent group to fund the whole thing. The interest payments are tax free and thus the whole thing can be structured so that no net profit is declared here. Are taxes paid elsewhere? We don’t know.

While the Irish Revenue makes little or nothing, charities – rather bizarrely – have made some money out of this. To separate the ownership of the assets from the parent company, the ownership of the section 110 company is often vested in a charity. As has been reported, big lawyers such as Matheson have established charities specially for this purpose. Some money does trickle down to the charity sector in return.

The issue for Minister for Finance Michael Noonan now is what to do.

Tax industry sources say that changing the laws to apply retrospectively would be difficult. The question is whether the vulture funds and their advisers stick to the letter of the law in establishing these companies and channelling funds in this way.

The Department of Finance, the Revenue Commissioners and the charities regulator are all looking at this. If they find that the rules have been breached in some way, the Government could be off the hook. But if not, altering legislation to specifically address the controversial vulture funds issue could be tricky indeed.