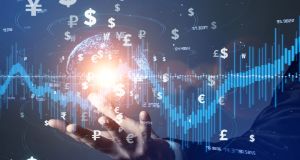 Universal, which also has operations in Luxembourg as well as Frankfurt, said Dublin will serve as the group’s third fund service hub

Universal-Investment, a German investment firm with over €600 billion in assets under management, has entered the Irish funds market with the acquisition of Metzler Ireland.

The Frankfurt-based group said it plans rapid development of its new Irish subsidiary and platform portfolio to reflect the Republic’s increasing relevance as an investment hub after Brexit.

Universal, which also has operations in Luxembourg as well as Frankfurt, said Dublin will serve as the group’s third fund service hub.

“We are one of the few providers active both as a fund administrator and management company at Europe’s three leading fund hubs,” said chief customer officer, Katja Müller.

“Ireland is already an important launch venue for the European investment industry – especially also for Anglo-Saxon asset managers. The third-party ManCo segment, among others, is experiencing strong growth, and the fund market is set to become even more important there after Brexit,” she added.

No financial details have been disclosed for the acquisition of Metzler Ireland from its parent, also Metzler Bank, the oldest German private bank, and the fifth oldest in the world.

Founded in Dublin, Metzler Ireland has 20 employees and €2.8 billion in assets under management.

“The sale of the Irish fund management company to a specialised fund service platform such as Universal-Investment Group is the right step, and our clients will also benefit from the high service quality offered by it, said Gerhard Wiesheu, a partner with Metzler.

The acquisition comes after Universal-Investment had already taken over the fund pricing and legal reporting for 300 mutual and institutional funds launched by Metzler Asset Management in Germany and Ireland with a volume totalling over €56 billion.