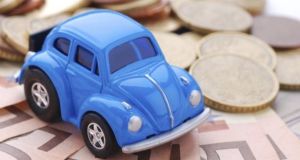 Car finance specialist First Citizen said the capital raise would enable it to develop additional products and expand its footprint in the Irish market.

Dublin-based First Citizen Finance has concluded negotiations to sell a 66 per cent stake in the business to US hedge fund Magnetar Capital for €28.2 million.

The car finance specialist, founded by Chris Hanlon – a former chief executive of Permanent TSB Finance – said an additional €42 million in working capital would also be made available to the business by Magnetar as part of the deal.

First Citizen said the capital raise would enable it to develop additional products and expand its footprint in the Irish market.

It would also drive the development of its agri/SME equipment finance operations and underpin its entry into the commercial real estate finance market, the company said.

Set up in 2012, First Citizen originally acquired the business platform of Permanent TSB Finance, which had been one of the largest consumer finance companies in Ireland. To date, it has concentrated on managing loan books in the motor, agri and personal finance sectors including the PTSB loan book.

“Magnetar’s financial strength and expertise, combined with the sectoral knowledge and experience that my team brings to the partnership, bodes well for our future,” Mr Hanlon said.

Alan Shaffran, head of fixed income for Magnetar in Europe said: “First Citizen has been a steadfast partner since 2014. We mutually agreed that Magnetar’s investment in First Citizen would be the best way to support their continued growth.”