Focus on Scandinavian expansion after getting fingers burned in Ireland 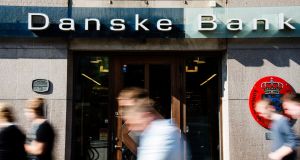 The increase was due partly to growth outside its core Danish market, as the bank continued to attract new customers in Norway and Sweden. In both countries, house prices have risen significantly for years, leading some to warn of a potential bubble.

“House prices in several large cities are at new higher levels, so we are very focused on having the right credit quality there,” chief financial officer Jacob Aarup-Andersen said. “We don’t want to build up new risks”.

The bank burned its fingers in an expansion into Ireland in 2004, which ended up costing it billions when the global financial crisis a few years later hit that country especially hard.

However, the bank said its expenses this year would be at the same level as last year, whereas three months ago it had predicted they would be lower.

Munk said there could also be a spill-over impact on Danske Bank’s shares from the significant negative reaction to Swedish rival Nordea’s second quarter report, which was also published on Thursday.

Danske Bank’s pre-tax profit rose to 6.18 billion Danish krone (€831 million) for the three months to June 30th from 5.78 billion a year earlier. That topped the 5.83 billion krone expected by some analysts.

“Danske Bank is getting the full value from the current economic growth in the Nordic region,” said Sydbank analyst Mikkel Emil Jensen, who has a “buy” recommendation on Danske.

Return on shareholders’ equity was 13.5 percent, above Danske’s long-term target of at least 12.5 percent.