‘Chinese walls’ not the best solution for KPMG

Business Opinion: as IBRC special liquidator KPMG has inherited and instigated numerous legal actions – but missing from the lengthy list is KPMG 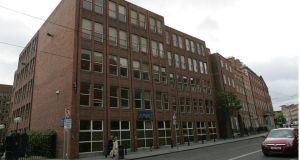 “We would have to assume that when KPMG took on the job of IBRC special liquidator, it would have been aware of the potential conflict.” Photograph: Bryan O’Brien

Conflicts of interest are a recurring theme in Irish business and, it must be said, of this column.

They are, of course, inevitable in a small country with a relatively small pool of professional advisory firms capable of providing services at the level expected by large business. What seems less inevitable is that they cannot be managed better.

The events of the last few years are littered with examples of big firms apparently having the best of both worlds.

They advised – and in some cases continue to advise – the various banks and property developers who created much of the mess while at the same time picking up work with various agencies charged with sorting out the mess. This issue has bubbled away in the background, occasionally boiling over when details of the fees paid to the various firms by the likes of Nama are put in the public domain.

The firms themselves argue that they are acutely aware of conflicts and have robust structures in place to manage them. The public, they argue, never hear about the work they have to turn down because of conflicts. All they hear about is the work they take on in the belief they can manage any conflict. The shorthand for all this is “Chinese walls” and it has become a somewhat notorious expression.

This is what makes the predicament that KPMG now finds itself in with respect to the liquidation of Irish Bank Resolution Corporation so noteworthy. It would appear to be a good example of how Chinese walls don’t always work.

Unnoticed
This fact seemed to go unnoticed until one of the people it is suing, former Irish Nationwide director Terry Cooney, pointed it out in court. He has also joined KPMG in the case being taken against them by KPMG. The core of Cooney’s case is that KPMG is suing him for failing to do his job properly when the people he primarily relied on to be able to do his job were KPMG. The court heard that he had written to the minister for finance claiming it was preposterous that the liquidators were suing him and not KPMG and that they “have clearly decided to relieve their own firm of any responsibilty”.

If they were serious about recovering money for the taxpayer, he said, it was ridiculous to pursue him and not a multinational firm which presumably had insurance and was in his view culpable.

It is knock-about stuff and a very uncomfortable situation for KPMG; but it is not an unforeseeable one. We would have to assume that when KPMG took on the job of special liquidator, it would have been aware of the potential conflict. The two partners, Kieran Wallace and Eamonn Richardson, are among the most experienced in the business. It emerged last week that they had independent advice from McCann Fitzgerald to the effect that they did not have to sue themselves. From the KPMG perspective the conflict had been identified and managed. To suggest anything else is to question the integrity of KPMG and McCann Fitzgerald.

Indeed, KPMG must have been tempted to ride out the storm on this basis. But wiser heads seem to have prevailed and KPMG has said it will establish a new structure to decide independently if it should sue itself. Much will turn on the nature of this structure and KPMG’s response to its decision. The statute of limitations runs out after six years so any prevarication will leave KPMG open to accusations of bad faith. But taken at face value, it is a sensible response. It is also a tacit admission that the credibility of the Chinese walls argument has been stretched to breaking point and that professional firms wanting to retain public confidence will need some non-oriental solutions to conflicts of interest.