Call for investigation into cartel activities by Irish banks 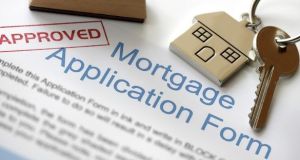 As part of its investigation into tracker mortgages, the Central Bank is investigating 11 lenders

The complaint, submitted by Fine Gael MEP Brian Hayes, suggests there may be ground to suspect such activities given what has emerged from the Central Bank’s tracker mortgage investigation.

“There are serious allegations that Irish banks have colluded together with the objective of overcharging customers by wrongly denying customers their tracker interest rate and placing them on a higher interest mortgage rates. It is alleged that the Irish banks involved have breached their contractual obligations in these cases,” he writes in the letter of complaint.

The move comes as the Government has this week deferred taking action against banks over the tracker mortgage controversy as some lenders say they will not be able to compensate all customers until next summer.

Mr Hayes said based on the evidence collected by the Central Bank of Ireland so far during its two-year investigation, there appears to be a clear link to cartel activity by banks.

He said given the work of the Central Bank and of legal professionals the European Commission has a raft of information to initiate and investigation.

“If Irish banks intentionally collaborated to ensure that customers did not get the correct interest rates on their mortgage product, this is effectively an example of controlling rates in an effort to restrict competition in the mortgage market and to share that market,” he says.

Mr Hayes added there is precedent for action in cases such as these, noting how the commission previously fined eight Austrian banks in the ‘Lombard Club’ case back in June 2002. Four years later, it issued fines for Crédit Agricole, HSBC and JPMorgan Chase for their part in fixing euro interest rate derivatives.

“While the Central Bank has its powers to examine the banks, it can only investigate from a regulatory and consumer protection perspective. It cannot investigate the tracker mortgage scandal from a competition perspective,” said Mr Hayes.

In additional comments made during an interview with RTE News, Mr Hayes said competition commissioner Margrethe Vestager has ‘swingeing powers’

“If we can’t get them one way, we’ll get them another. We’ve got to use all the powers at our disposal,” he said.

As part of its investigation into tracker mortgages, the Central Bank is investigating 11 lenders, including Bank of Ireland, Permanent TSB, Allied Irish Banks, Ulster Bank and KBC Bank.

It said yesterday it remain in dispute with some banks about the extent of overcharging as the State’s five largest home lenders said the number of impacted borrowers may be as high as 21,134.

1 Who are Ireland’s 17 billionaires?
2 Ryanair wants Irish courts to block Skyscanner from selling its flights
3 Are there annual limits on inheritances or gifts to a child?
4 Ireland has EU’s most progressive tax system, study finds
5 Are you a Monica, Joey or Chandler when it comes to your data privacy?
6 New offices to let in sought-after south Dublin suburb of Blackrock
7 Fantasy figures: Why make election promises you can’t afford to keep?
8 Why you should never charge your phone overnight
9 Am I eligible for an over-70s medical card following changes in Budget 2020?
10 Phil Hogan says EU ready to do ‘ambitious’ UK trade deal
Real news has value SUBSCRIBE