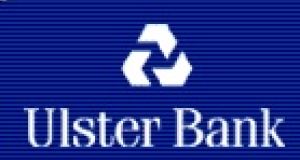 Cairn believes the sites attached to the loans it will acquire from Ulster Bank can deliver 14,000 new homes for first time buyers over the coming years

Cairn Homes hopes to begin building work next year on three or four of the sites attached with Ulster Bank’s Project Clear portfolio, which it part-acquired yesterday as part of a €503 million transaction.

Michael Stanley, Cairn’s chief executive, told The Irish Times he was “confident” the company would then be able to bring these homes to the market by mid-2017. Cairn, which is based in Dublin but listed in London, believes the sites attached to the loans it will acquire from Ulster Bank can deliver 14,000 new homes for first time buyers over the coming years, with an expected net development value of more than €2 billion.

He declined to say how long it would take to deliver this number of homes but said Cairn had set a target of building 1,000 units a year from 2018 onwards.

Mr Stanley described the deal as “transformational” for Cairn, which had 1,400 units on its books before this transaction. The company currently employs 25 staff directly and he expects to add another 50 people to its payroll next year as it prepares the ground for the residential sites connected with Project Clear.

The portfolio is being sold for €503 million for a group of loans involving 21 connections with a par value of about €2 billion. The loans are attached to 1,694 acres, which includes 31 residential development sites

Cairn will contribute €378 million to the purchase price and Lone Star €125 million. It is understood that Hudson Advisers, an arm of Lone Star, will service the loans for Cairn with the various borrowers who own the assets.

While Cairn and Lone Star now own the loans they have yet to secure control of the underlying assets. This process would be expected to begin after the transaction with Ulster Bank closes around the end of this year.

It remains to be seen if any of these developers will resist losing control of the assets to Cairn and Lone Star. Some 91 per cent of the portfolio lands are located in Dublin and the surrounding commuter belt, representing about 20 per cent of the available residentially zoned land in the greater Dublin area.

Mr Stanley said the transaction would “unlock the most significant land bank available in Ireland”.

He said Cairn was well funded to close the transaction. Last week it secured a senior debt facility of €150 million and €52 million through an equity placing.

Mr Stanley said it also has €310 million available from the funds it raised at the time of its stock market IPO in London in June.