Brexit prompts XL Group to move European base to Dublin 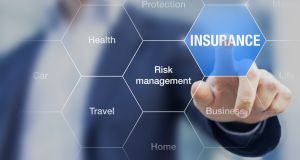 The XL Group has announced plans to move its main European insurance company from the UK to Dublin as a “response to Brexit”.

Chief executive Mike McGavick said the decision would help it “provide certainty and consistency” to customers in the aftermath of last year’s referendum vote.

While the move will require regulatory approval, the plans follow a meeting between Taoiseach Leo Varadkar and Mr McGavick in Dublin on Tuesday.

“At a time many countries have lost their confidence and are unsure about their place in the world, Ireland’s firm commitment to being at the heart of Europe, in the euro and being globally engaged, with an open economy and commitment to free trade makes us an excellent place to invest,” Mr Varadkar said in a statement.

“ I look forward to more announcements in the weeks and months ahead.”

Dublin had been home to XL between 2010 and 2016, before its new holding company, XL Group Ltd, was formed in Bermuda following the acquisition of the Catlin Group.

XL Insurance Company is a wholly-owned subsidiary within the XL Group, providing the main insurance company platform within Europe and Asia.

XL opened its first European insurance company in the International Financial Services Centre (IFSC) in the 1990s, and in 2006 established XL Re Europe which remains an Irish-domiciled reinsurer.

The company operates through an international network of branches, subsidiaries and third-party fronting partners.

“Re-domesticating XL Insurance Company SE to Ireland will allow XL Group’s clients and brokers to benefit from continuity of service through its branch network in Europe, which enables it to write business in domestic markets as well as providing the infrastructure for its Global Programs business,” it said in a statement.

In the UK the group will retain Catlin Insurance Company, a UK-regulated insurance company, and its Lloyd’s operations.

In making its announcement the company referenced potential disruption to its business by a loss of passporting rights when the UK leaves the EU.

“Since the referendum announcement we have been clear that our top priority is to provide certainty and consistency of service to our clients and brokers. Moving XL Insurance Company SE to Ireland means we deliver on that commitment,” Mr McGavick said.

“Dublin is a natural home for us in Europe. We have a long and established presence in Ireland, and we understand and respect the high-quality business environment, the regulatory environment and the talent of the people here.”

XL Group is a global insurance and reinsurance company providing property, casualty and speciality products to industrial, commercial and professional firms, insurance companies and other enterprises throughout the world.

Welcoming the announcement, Insurance Ireland, the representative body for the domestic and international sector, said it validated Ireland’s position as an international insurance and reinsurance hub, particularly in the context of Brexit.

“While we are all aware of the negatives that are presented to the Irish economy by the Brexit decision, we must welcome the opportunities such as the decision taken today by XL Catlin,” chief executive Kevin Thompson said. “Ireland must maintain an open and responsive approach in order to maximise the opportunity over the short term.”

The sentiments were echoed by the IDA whose chief executive Martin Shanahan said it had been encouraging to see “so many high profile banks and insurance firms” endorse Ireland as their destination of choice.

“Post Brexit, nurturing talent, delivering a pro-business ethos and maintaining a consistent track record, must be the priorities if we are to continue to grow the economy at the current rate and remain competitive,” he said.