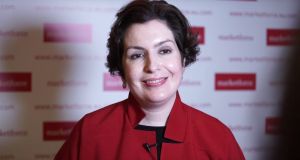 Bank of Ireland’s chief executive of eight and a half years, Richie Boucher, is preparing to retire early next month, to be succeeded by HSBC executive Francesca McDonagh

Bank of Ireland is in advanced talks to sell its IBI Corporate Finance unit to management at the State’s leading dealmaking firm.

Sources have told The Irish Times the bank has been in negotiations for some months with IBI chief executive Tom Godfrey and managing director Ted Webb about a potential deal. They were not in a position on Friday to disclose the financial terms being discussed.

News of the talks comes as Bank of Ireland’s chief executive of 8½ years, Richie Boucher, prepares to retire early next month, to be succeeded by HSBC executive Francesca McDonagh. As a unit of Bank of Ireland, the corporate finance company has been subject to Government-imposed pay restrictions at bailed-out lenders, in existence since 2009.

Spokesmen for Bank of Ireland and IBI declined to comment on the talks.

IBI, which was set up in 1966 as a joint venture between Bank of Ireland and merchant banks Morgan Grenfell and Schroders, is routinely named by specialist M&A publisher, MergerMarket, as Ireland’s top deal adviser, where its focus is on working with the sellers of assets.

Deals so far this year by IBI include advising on Glanbia’s disposal of 60 per cent stake in Dairy Ireland to its largest shareholder, Glanbia Co-Operative Society, valuing the business at €340 million, and the agreed sale of a majority stake in meat group Dunbia’s operations in the Republic to rival Dawn Meats.

High-profile work by the company in recent years include advising the Government, along with Credit Suisse, on the offloading of its 25 per cent stake in Aer Lingus to International Airlines Group (IAG) in 2015. It was also among firms working with bookmaker Paddy Power on its €11 billion merger with Betfair, completed early last year.

IBI’s website says that more than 80 per cent of transactions in which it is involved are cross-border in nature.

On the domestic front, IBI is currently known to be managing the sale of chocolate company Lily O’Brien’s, which was put in the market earlier this year with a reported price tag of €50 million.

IBI was also deeply involved in advising Bank of Ireland as it navigated its way through the financial crisis, leaving it as the only lender rescued by taxpayers to remain outside of State control. During this time, Bank of Ireland approached the stock market three times for equity investment, raised €1.1 billion in a rescue investment by a group of five North American firms, and imposed losses on its junior bondholders as its bad loans soared.

The corporate finance unit is currently part of Bank of Ireland’s corporate and treasury division, which is headed by Michael Torpey. The bank’s financial reports do not give a breakdown of IBI’s contribution to group income.

Bank of Ireland’s discussions to sell IBI occur at a time when the lender is seeking to build up non-interest income elsewhere in the business. The head of the bank’s retail Ireland division, Liam McLoughlin, said in July that the company would seek “opportunistic” deals to grow its €4 billion-plus private banking assets under management.