Company is expanding its operations in several cities across Europe 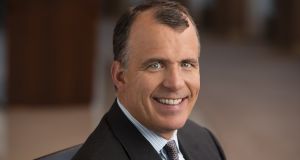 Bruce Thompson, a former group chief financial officer and head of risk for the Bank of America group, who will lead its post-Brexit hub in Dublin. Photograph: David Hume Kennerly 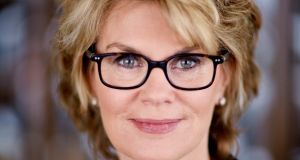 Bank of America executive Anne Finucane, who will chair the Irish unit, ‘The Irish Times’ has learned.

Bank of America Merrill Lynch is to relocate one of its top executives from New York to Dublin to head up its planned post-Brexit EU hub.

The bank said in July that it aims to merge its existing Irish banking subsidiary with its current main EU bank in London to create its future main European banking entity, based in Ireland.

In an internal announcement on Wednesday, it said that the merged entity will be led by vice-chairman Bruce Thompson, a former group chief financial officer and head of risk for the Bank of America group.

Mr Thompson will be moving to Dublin in the coming months, in a clear signal to regulators in the Central Bank of Ireland and European Central Bank that Bank of America plans to lead the business with very senior group executives.

The unit will be chaired by Anne Finucane, vice chairman at Bank of America and a member of the executive management team, according to the internal announcement, The Irish Times has learned. Ms Finucane is on the board of the American Ireland Fund.

The new roles are in addition to their existing responsibilities.

The bank also said in July that it plans to set up its EU trading unit, or broker-dealer legal entity, in the Republic. This will be chaired by Alexander Wilmot-Sitwell, president of the group’s Europe, Middle East and Africa operations, the company also told staff on Wednesday. It is likely that much of the trading activities could be based in other EU cities.

The extent to which the Irish-based workforce will grow as a result of the developments is not yet clear. The company is currently in the process of expanding its employees base in Dublin from 600 to 700 under existing plans to grow its global technical and operations centre.

The bank also plans to expand in other EU cities post-Brexit, with reports on Wednesday suggesting that it is in talks to secure office space in Paris to move part of its EU trading operations under Brexit. Frankfurt is also said to be in the mix to secure Bank of America trading activities.

Bank of America Merrill Lynch’s Irish subsidiary, Merrill Lynch International Bank (MLIB), had the largest banking balance sheet in Dublin in 2013, before its half-a-trillion-dollar financial derivatives portfolio was moved to the UK to simplify the group’s structure.

The bank signalled in July that some of the derivatives portfolio, relating to the EU business, will have to return to Dublin.

Meanwhile, other major international banks, including Barclays, Citigroup and Morgan Stanley, have signalled in recent months that they plan to expand their Irish operations as they prepare for the UK to leave the EU in March 2019 without access to the single European market.