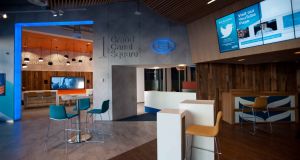 Given its focus on transforming its branches into digital outlets, BoI is looking to help those who can’t cope.

Bank of Ireland has created a new unit aimed at helping vulnerable customers in difficult circumstances. The move comes as the incidence of financial abuse of the elderly continues to rise across Ireland.

“Our vulnerable customer unit will provide expert support and guidance to our frontline customer service colleagues so that issues can be dealt with appropriately and efficiently when they arise,” says Laura Lynch, director of customer segments, adding, “what we’re really trying to do is just keep an eye out, and look around corners, for vulnerable customers”.

Since its establishment last month, the unit has already identified and assisted 400 vulnerable customers, mainly across five areas of vulnerability: care needs (about 55 per cent); financial abuse (about 20 per cent); addiction (about 10 per cent); impairment and accessibility (about 10 per cent); and others such as suicide, transgender transition, and no fixed abode (about 5 per cent).

Financial abuse is an area that has been highlighted by organisations such as Age Action and the Health Service Executive, and will be a key area of the unit’s focus.

“Financial abuse from family is unfortunately the area that’s most prevalent,” says Ross Moore, manager of the VCU, and he says the rise in abuse is a factor of the ageing population as well as the fact that “more and more people are talking about it”.

According to Mr Moore, the unit will work in three ways. Firstly, through an initial conversation in-branch, which may see the customer referred to the unit and they can then meet directly with staff of the VCU. Alternatively a customer might be referred to the unit by an advocacy group, as the bank has worked with 15 different advocacy groups, including Age Action and the National Council for the Blind, on the initiative.

Accounts that are tagged as vulnerable will be monitored on a nightly basis, with staff looking out for unusual withdrawals, or payments such as a foreign holiday when the customer is known to be in a nursing home.

Identifying the needs of these vulnerable customers has also been part of the design process of the bank’s new mobile app, which is due to go into testing at the end of this year.

The establishment of the new unit follows a significant move – and subsequent retreat – by the bank into digitalising its branches, after there were fears that elderly and more vulnerable customers would be side-lined in the transition.

“We have made a very concerted commitment and effort to keep branches open and staffed,” says Lynch, adding that about 100 staff members have been put back into branches over the past year.

“We heard loud and clear that customers wanted more people back in branches,” she adds.

Indeed while the bank had embarked on a transformation of its branches into cashless, self-service outposts, this is now only offered on a more “bespoke” basis. The majority of the bank’s branches, about 60 per cent, are now full-service branches.

One customer that was recently transferred to Bank of Ireland’s new Vulnerable Customers Unit was an elderly man, who came to a branch with his children and looked to withdraw a large sum out of his account.

The staff member in the branch was concerned that the man’s children appeared to be speaking on his behalf about the transfer, which would have reduced the customer’s account balance to a minimal amount.

So the staff member consulted with the VCU, and after speaking with the customer in private, it became clear that the customer was confused and under duress. On the advice of the VCU, the transfer request was not processed and the customer was recommended to seek a medical report and obtain independent advice before making any decisions of this nature.

The bank also flagged the customer’s account with a safeguard notice, which prevented the withdrawal taking place in another branch.