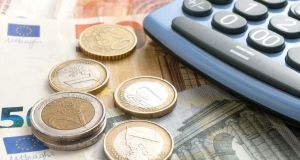 Bank of Ireland, AIB and Permanent TSB, in which the State continues to have major stakes, are set to post €1.03 billon of bad loan provisions.

The Republic’s three surviving taxpayer-rescued banks are on track to report a combined €525 million of net losses for the first half of 2019 as the Covid-19 economic shock hits new lending and forces banks to set aside money to cover an expected surge in bad loans, according to Davy.

Bank of Ireland, AIB and Permanent TSB (PTSB), in which the State continues to have major stakes, are set to post €1.03 billon of bad loan provisions for the period, according to analysts at the brokerage, as the industry slumps into lossmaking territory for the first time since 2013.

The banks have also seen their net interest margins – the difference between the average rates at which they fund themselves and lend on to customers – squeezed in recent months as customers ramp up savings at a time when the banks already have too much money on deposit and face negative rates when placing the excess cash with the European Central Bank.

The losses come as banks have begun to engage with tens of thousands of customers who have availed of temporary payment breaks of up to six months during the crisis. They need to assess which borrowers will not be able to return previously-contracted regular payments and will need their loans to be restructured.

“Engagement with affected borrowers will limit any build-up of /[non-performing loans in the second quarter/], and we are encouraged by recent preliminary data from the Banking & Payments Federation Ireland that only 60 per cent of those availing of the first three-month payment break have extended this further,” said the Davy analysts, Stephen Lyons and Diarmaid Sheridan.

PTSB, which will lead the three banks into earnings season by posting results on August 4th, is estimated to have seen its net customer loans contract by €340 million to €15.3 billion over the first half, as mortgage lending plummeted after coronavirus started to spread through the State in March.

Bank of Ireland, which lowered its 2021 profitability target in February to aim for an 8 per cent return on tangible equity compared to 10 per cent, previously, faces problems standing over its new objective as it reports results on August 5th.

“Costs will be an obvious area of focus, given the changes brought about by Covid-19,” th analysts write. “We also expect a renewed assessment of the UK business, particularly given the change in the interest rate environment in the UK.”

AIB, in which the State holds a 71 per cent stake, is due to unveil figures on August 5th.

“The recent improvement in domestic macro newsflow provides support for the [first-half] update and a more positive outlook for initial post-Covid-19 consensus expectations,” the analysts said. “The impairment charge for [the second quarter], its basis and future guidance will be of greatest focus – particularly given AIB’s intent to capture as much as possible of the Covid impairment stress in the current calendar year.”

The analysts see all three retaining capital reserves in excess of regulatory requirements.