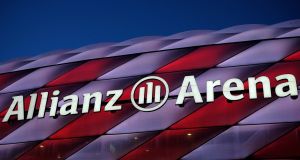 Allianz, Europe’s largest insurance company, confirmed its full-year profit guidance after its second-quarter performance beat expectations with a 5.4 per cent year-on-year increase in operating profit and a 16 per cent rise in earnings per share.

The group is promising shareholders operating profit of €11 billion to €12 billion for 2019, after last year’s €11.5 billion. It has generated more than half of that over the first six months of the year, with half-year operating profit standing at €6.1 billion.

Second-quarter performance was primarily driven by the group’s life and health insurance division, which reported a 14.5 per cent year-on-year increase in operating profit to €1.2 billion, compared to the €1.1 billion forecast by analysts.

The increase was mainly the result of a positive, one-off effect from US accounting rules relating to the booking of sales costs for acquiring new customers over time. – Copyright The Financial Times Limited 2019