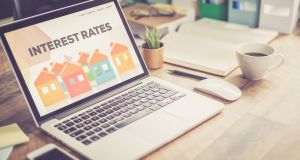 The bank has cut its rates on one, two, three, four, five and seven year mortgage products, and introduced a 3.3 per cent rate for fixing the interest rate for 10 years.

“At a time when some customers have told us they require certainty, we’re evolving our mortgage pricing proposition to provide them with medium and long term propositions that give them security,” said Tom Kinsella, managing director of AIB Homes. “These changes are consistent with our pledge to give AIB customers a fair mortgage and real choice.”

Irish banks have come under criticism for the interest rates levied on homeowners here, which are typically higher than elsewhere in the EU.The average rate in Ireland is 3.04 per cent, some 1.25 per cent higher than the euro zone average of 1.79 per cent.