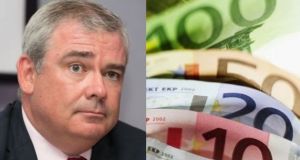 AIB and Permanent TSB have signalled to an Oireachtas committee that they aim to reach important milestones in the coming weeks in relation to a review of overcharging of mortgage customers.

AIB told the Joint Committee on Finance, Public Expenditure and Reform, in a submission dated last Tuesday and obtained by The Irish Times, that by the end of March, it had identified about 3,100 such customers who had previously been denied their contractual rights to a cheap rate linked to the European Central Bank. That’s up from a previous figure of about 3,000.

The bank said that all the affected customers had been contacted and “redress of compensation has been paid to circa 2,600 customer accounts and the remaining circa 500 in progress to be completed by the end of June”.

Separately, Permanent TSB informed the committee that it has “fully redressed” 92 per cent of 1,372 customers it had identified in July 2015 as being afftected by such overcharging, including 220 in its former subprime mortgage unit, Springboard.

As of the end of the first quarter, it had found a further 182 affected customers. It has written to 162 of these and “expects to communicate with the remaining 20 in the coming weeks”.

The Central Bank ordered an industry-wide investigation into the issue in late 2015 following PTSB’s disclosure of the extent of the problem in the bank.

It largely relates to customers being denied an ECB tracker rate after they came off a fixed-rate period. The Central Bank estimates that up to 15,000 mortgage holders may have been affected across the industry.

AIB said that it considered the €190 million it had set aside for redress, compensation and other costs relating the controversy as “adequate”, and that, as of the end of December, €93 million of this had been used.

As of the end of December, PTSB had used up €61 million of the €145 million it had ringfenced to deal with the matter.

The submissions to the committee were ahead of scheduled appearances by top executives at both lenders before politicians last week. However, AIB chief executive Bernard Byrne and his team were excused from appearing as they were in the middle of a roadshow with potential investors as the State sets about selling up to a 28.8 per cent stake in the bank through an initial public offering (IPO) by the end of the month.

PTSB’s own meeting was cancelled by the committee as TDs and senators were preoccupied by events surrounding the change in Taoiseach.

While Ulster Bank and Bank Ireland were scheduled to appear in the coming 10 days, all meetings have now been postponed until after the Oireachtas’s summer recess.

The AIB submission also revealed that 9.5 per cent of its branch managers left the bank so far this year. This is the result of a voluntary redundancy scheme announced last October, in which the bank sought to 150 job cuts among employees in branches and business centres who had at least 15 years of service.

PTSB highlighted that the ECB’s banking supervision arm, which took charge of overseeing euro zone banks in 2014, had “prohibited” the lender from paying dividends before the end of December 2017.

The bank said it was “the intention of the board that the group returns to paying dividends as soon as possible”, saying this is subject to financial performance and regulatory capital requirements.

Addressing the bank’s high level of non-performing loans, at 23 per cent of its €21.3 billion loan book, is said to be a key issue for the ECB.

1 Opioid executive admits to ‘no morals’ ahead of prison term
2 Volvo warns of scaled back car line-up if UK splits from EU rules
3 Who are Ireland’s 17 billionaires?
4 NI house builder apologises to Harry and Meghan over adverts
5 Little strategic thinking in election manifestos of Fine Gael and Fianna Fáil
6 Are there annual limits on inheritances or gifts to a child?
7 CPL founders Anne Heraty and Paul Carroll in line for €1m dividend payout
8 US threatens retaliation against EU over proposed carbon tax
9 Cathay Pacific to resume Dublin-Hong Kong flights in March
10 South Dublin Credit Union members urged to borrow more to ensure survival
Real news has value SUBSCRIBE