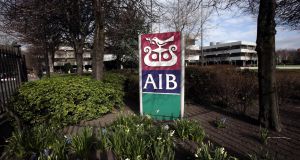 AIB has moved to bolster its senior executive ranks as its prepares the ground for a stock market IPO this year.

Bergin will start work in AIB on March 1st, just two days in advance of the publication of the bank’s full-year results.

After years of bad news stories at Ulster Bank following the 2008 crash, Bergin will no doubt welcome the opportunity to work on AIB’s return to the main stock markets in London and Dublin, and the payment of more capital to the State.

He is no stranger to IPOs having been secretary to First Active at the time of its stock market listing in 1998. He started with the former building society as a humble cashier, working his way up to the boardroom over a 20-year career before it was acquired by Ulster Bank 12 years ago.

It’s all change on the communications front at Ulster Bank, which recently appointed Murray Consultants as its external PR agency. It just remains to be seen how Ulster Bank will fill the gap left by Bergin. One of those who might have an eye on succeeding him is Orla Bird, daughter of celebrity Charlie Bird.